Home   »  Society and religion   »   My wishes for Singapore

My wishes for Singapore 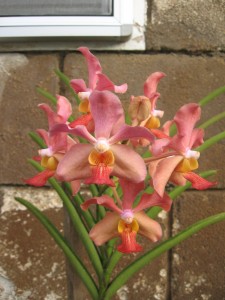 Since I started blogging I have posted my prayers for Singapore whenever the National Day approached. Over the years I have seen a change in the sentiments expressed in those prayers and wishes . This year I am more positive and upbeat than I have ever been about my country.

Part of it is because I realized I have been quite a complainer and grumbler about the Singapore government. I get upset mainly because of the uneven playing field every time election came round. Also because I had not seen enough being done for the poor and sick. Also because policies have been forced on us despite the strong feedback from the ground -case in point is the increase in the GST. However valid my unhappiness may have been, a harsh critical and complaining attitude was just not a gracious Christian response. So I have changed in this respect because of the Word.

Another reason is I have seen the government take some encouraging steps in the right direction and made some concessions. They are loosening up and allowing for more freedom of expression. They are doing more for the poor and needy. They are going to allow the opposition wards breathing space and upgrading of lifts. At last Potong Pasir and Hougang residents will get to savor some “just reward” for not wavering in voting in the opposition despite pressure not to do so.

Thirdly, when I see the generals killing the Buddhist monks in Myanmar; the reds and yellows in an unending tug of power in Thailand; and the unbelievable and incredible that is so characteristic of the frustrating circus called Malaysian politics, I find the stability and grinding sameness of Singapore politics a desirable opium. The latter two may look more like thriving democracies, but I still prefer the orderly and neat Singaporean version, or rather the Lee vision. Looks like I have shifted in my sentiments and have taken on a more tolerant stance towards the principalities and powers.

Anyway I wish for Singapore…..

More land (either by reclamation or rejoining the federation), so that it doesn’t get overcrowded. I am thanking God I probably won’t be around to see the population grow to 6 million. I am not xenophobic, but I like my space.

More compassion and care for the poor and needy, and also the senior citizens, since I am getting there too.

More sensitivity, humility and justice amongst all policymakers and those in authority.

A  less stressful life for all workers and students;  that they can slow down, breathe deeply, and enjoy the simple pleasures of family and life.

For greater tolerance of failure and celebration of perseverance, creativity, and risk taking.

I wish for Singapore to survive and indeed to thrive and keep surprising everyone.

Share with us your wishes and prayers for Singapore.