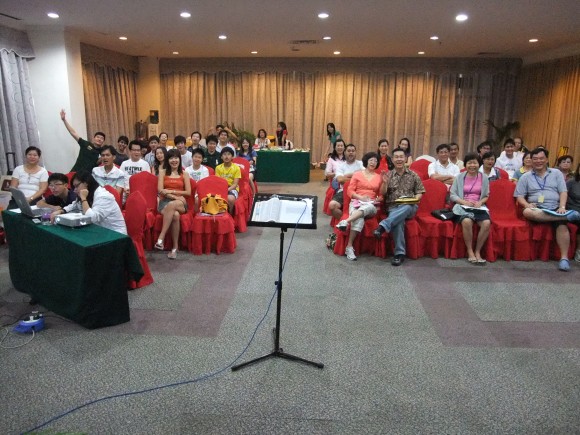 An extension of the Chapel of the Resurrection

This was one of the many extensions started by the Chapel of the Resurrection. It was started in April 1991, with two house groups sent out as the core of a new church. It has been twenty years now and they now have about 60 members. Once they were once the verge of achieving “parish” status (120-150 attendance and 3 consecutive years of financial stability), but some setbacks held them back. This extension church has gone through some challenges including nomadic moving from one location to another. They deserve a reward for their doggedness and perseverance. May the Lord fill them with renewed grace and power. 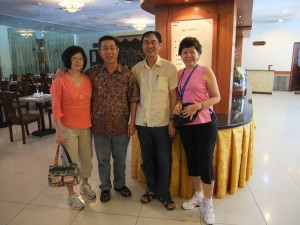 They still have members from the original house groups sent to plant the church:  John and Joyce Seet, Christiana Tan, and Susan. These veterans are what we call “pah see buay chow”(die hards). We need such people in every church.  They are a rarity – perhaps an endangered species in these modern days. May their tribe increase!

The current leader is Pastor Peter Chang. Before full-time Christian vocation, he 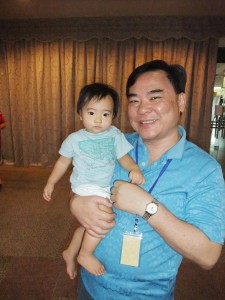 was a sales and marketing manager in the software industry and had worked in  China too. CCF had been without a pastor and had managed with lay leadership for close to a year, but with his appointment, there is a fresh stirring of hope among the people.  Peter and I got to know each other in a CRMS Focusing Leaders Network Retreat. When he invited me to give the talks at the camp I readily accepted and saw it as an open door to ministry to the larger body of Christ. 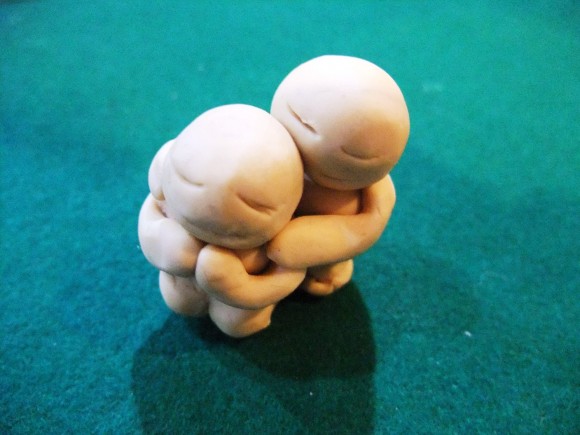 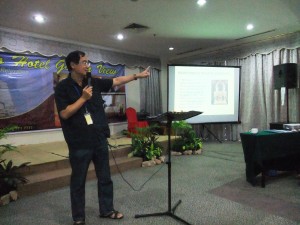 Fifty people were at the church camp held at the Golden View hotel near Batam Center. It was a tight schedule: starting on Vesak Day and ending on Sunday morning. There were 5 teaching sessions and I spoke about how the church was deeply loved and accepted, transformed by grace, made righteous in Him, and called to serve with towel and basin, with God-recycled dreams. The teaching felt like I was downloading some new or updated drivers into their laptop so that it 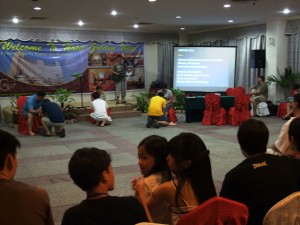 can function better. I shared about my home church’s experience of revival. We also had some experiential moments of interaction with God in some creative prayer using clay. And a bonding and healing experience which involved  feet washing. During ministry, the Lord confirmed His word with his presence, power and prophecy. My wife received a word and I gave it to them, “Do not be afraid, little flock, for it is the Father’s good pleasure to give you the kingdom” (Luke 12:32).

In my intoduction talk, I told them my home church prayed for them to experience revival and anointed me to go. My continuous prayer for Century Christian Fellowship is for her to be filled with a surplus of His love, and to experience a revival of living loved, and giving love.