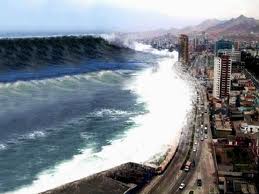 On March 14, 2011, just three days after an earthquake of 9.0 and tsunami struck north-eastern Japan, the Tokyo governor issued a statement he might regret and pay a political price for. The earthquake, he proclaimed, was divine judgment on the Japanese people. It was “tenbatsu”,  the unerring and inevitable divine retribution on the wicked, in particular the “gayoku” (egoism, arrogance) of the Japanese people. Shintaro Ishihara, 79, a novelist, stage and screen actor and champion of the Japanese political right, is serving his third term as governor. Not a smart thing to say but he is known for being a lightning rod for sweeping and flammable remarks.

The Chinese netizens welcomed the destruction of this proud people who refused to repent and apologise to the satisfaction of the Chinese, for their WW2 invasion and atrocities in China. A huge outcry and battle has ensued in the Chinese new media, between those who rejoice and welcome the wrath of nature on the recalcitrant Japanese and those who felt that in such natural catastrophe the only appropriate response is compassion, not giving vent to pent-up historical and hysterical anger.

So far no preacher has said it is the judgment of God for Japanese wickedness. At least no notable one that has generated 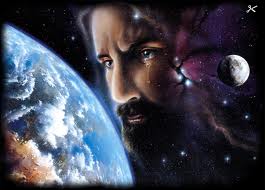 international publicity. In 2005, Pat Robertson the fundamentalist TV evangelist said Hurricane Katrina was God’s judgment on some past court decision that favoured abortionists. And the attack on the Twin Towers in 2001 was said by both Pat Robertson and Jerry Falwell to be God’s punishment on America’s support of the abortionists and gays.

Seismologists say it is part of a pattern. Earthquake specialists see this earthquake as part of the third cluster of earthquakes the earth has seen. The two previous clusters were in the 1830s and between 1952 and 1965. What have been observed are not just the clusters but also the increased frequency of earthquakes although part of the increase could be explained by increased number of seismographs that had been set up.

The Bible and the End

There is always talk about the end of the world when such major catastrophes strike the earth. This should not be surprising because Jesus said, “See that you are not frightened, for those things must take place, but that is not yet the end. For nation will rise against nation, and kingdom against kingdom, and in various places there will be famines and earthquakes. But all these things are merely the beginning of birth pangs” (Matt. 24:6-8). 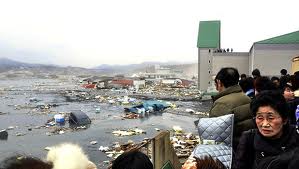 Birthpangs is a powerful metaphor that denotes increasing frequency and intensity of contraction pains in the mother about to give birth to new life. Jesus said that wars, famines and earthquakes will be like birth pangs, increasing in frequency and severity before “the end” came.

Interestingly St Paul also spoke of the groaning of the whole creation as in “the pains of childbirth”.  In Romans 8:19-22, he pictured the whole of creation under the weight of bondage to decay and frustration from God’s verdict on the sin of Adam. It’s under great strain and in labor. It is groaning. To be liberated. To give birth to a glorious new age: where the children of God in their resurrection bodies dwell with God in a new heaven and earth.

Romans 8: 19: For the creation waits in eager expectation for the children of God to be revealed. 20 For the creation was subjected to frustration, not by its own choice, but by the will of the one who subjected it, in hope 21 that[h] the creation itself will be liberated from its bondage to decay and brought into the freedom and glory of the children of God. 22 We know that the whole creation has been groaning as in the pains of childbirth right up to the present time. 23 Not only so, but we ourselves, who have the firstfruits of the Spirit, groan inwardly as we wait eagerly for our adoption to sonship, the redemption of our bodies.

The use of birth pangs of a mother in labour harks back to Jesus own metaphor of the end of the age. Wars and famines and earthquakes in various places. In increasing severity and frequency like the birth pangs of a pregnant mother about to give birth 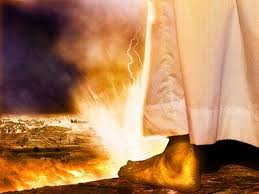 to new life. If this is so, the Japanese 9.0 earthquake and tsunami, tragic and sad as we may feel about it, is but one in a series of catastrophic events that will wrack the earth with greater ferocity and quickening rhythm. And it is but a harbinger of the consummation of the Christian hope, a precursor of the age to come, when the children of God will be revealed in glorious power and divine vindication. The dead would be raised, the judgment delivered, and the new earth and heaven inherited and inhabited by the redeemed of the Triune God. What a blast that would be!

Let me emphasize that this world is not hurtling out of control into self destruction but moving purposefully toward a glorious end: the coming of Christ, the resurrection of the dead, the great judgment, the new heaven and the new earth. This is our sure and steadfast hope. Maranatha!