Last week, Mr Khaw Boon Wan, the minister of national development made some comments that would throw many churches off balance. He

blogged about wanting to help small and medium enterprises cope with rising industrial rent. One of the causes of the increase in rents, according to the minister, is the improper usage of industrial space by shops, tuition centres, furniture showrooms,  offices and churches. This demand had pushed the rents up. Industrial space is meant only for warehousing, manufacturing, production, e businesses, IT infrastructure and software development, and child care centres, as they support the industries nearby. If tenants are found to be using space improperly, the penalty may be a fine of up to $200,000 or jail of up to a year. In the past eyes have been closed to this creeping intrusion, but the line was drawn with a click.

One wonders if the rationale for the stated action is reasonable and able to deal with the root cause of increased rents. As pointed out by a Straits Times reporter in a later article, there were other major factors driving the rents up: the movement of speculators and investors from residential, due to the spiked stamp duty, to industrial space; the farming out of development and management of industrial space to private entities and REITS; and most crucial of all, the tender method used to award industrial space. If they really want the operating costs for SMEs lowered, shouldn’t they be tackling the problem at its roots and with a macro and a multi-prong approach? In the context of what has happened in recent years to churches it is difficult for the affected parties not to speculate if there is some hidden agenda being pushed or whether things are really as stated in the official communiqués. I do not 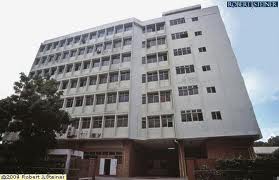 believe there is anything sinister underneath: just a secular government wanting to act rationally and firmly without fear or favour.

Reactions to the line drawn

Reactions from pastors and their churches, usually small and medium sized, have been muted. It ran from a scramble for alternate places of worship this Sunday to a deliberate approach of study and discussion of exit strategy. Some would be indignant, while others would be matter of fact, stoic and practical. Most would be found in a place of prayer and peace, consulting with others, exploring alternative strategies, and looking to the Head of the body for help and guidance.

When I asked a close friend of mine, what he thought were the ramifications, he emailed me his off the cuff answer. It’s not rocket science but some of the scenarios are sure to pan out over the coming months:

2.   More & more churches would be thinking of going into “joint-ventures” and partner each other in home hunting. Maybe this will even lead to churches not only combining resources but really combining their congregation together.

3.   Industrial buildings is now a no-no; maybe the next best choice is a commercial building.

6.   The other route is to take what some mega churches are doing; a la THE ROCK; building & investing in commercial projects (with auditoriums & church facilities) and at the same time use this facility during weekend”.

It is seriously doubtful that industrial rent can be moderated without a concerted multi-prong strategy. On the other hand, I am absolutely 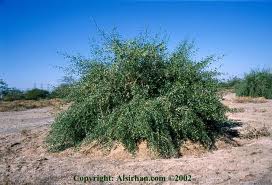 certain that such an action cannot break the spirit, resilience, and productivity of the small church, even if this was not the intention of the ruling. Small churches are like mustard seeds and trees. Mustard seeds are tiny and the full grown mustard tree grow to a small 10-15 feet maximum. But the seeds and plants are renowned in ancient days for their quickness in germinating and taking root, and taking over space, and growing in unlikely environments and conditions. Though useful they are treated like weeds and are unwanted.  But then, they are almost impossible to get rid of. So the small churches. It’s a reality large and mega-churches and governments need to acquiesce to. Even communist China with all its powers failed to rid itself of the small church! Small churches are muscular, resilient, and omnipresent, and their tiny seeds will disperse with the wind of the Spirit and many more small churches will sprout!