Home   »  Gospel, theology and story   »   From job description to the dictates of love

From job description to the dictates of love 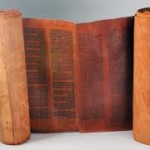 There was a man who employed a maid and gave her a job description. She was to wake up at 7 every morning and prepare breakfast for him and his elderly sick mother and make sure she took her medicine. Later she was to clean and tidy the whole house and do the laundry. After that she was to cook lunch for his mother and to make sure his mum took a nap. Later she was to cook dinner and take his wheelchair-bound mother for a walk in the nearby park. After dinner she was to iron the clothing and prepare his mum for bed. On Sundays she had her day off, and he would take care of his mum then. The maid did her best to follow the job description but she often failed and faltered, and she did her best to cover her failures.

The man fell in love with the maid and confessed his love for her. She responded in kind and soon they got married. After the wedding, the man took out the old job description and tore it away and said to her, “You are now my wife. We have a love and trust relationship with one another. We do not need a job descriptions. Do as your love dictates.”

The wife did everything she used to do for the man, now her husband, and his mother, now her mother in law. However she did even much more, giving them both much love, affection and she bore three children.  She did more than her old job description and with more love, energy, purpose, devotion and faithfulness.

But now, by dying to what once bound us, we have been released from the law so that we serve in the new way of the Spirit, and not in the old way of written code. (Rom 7:6)