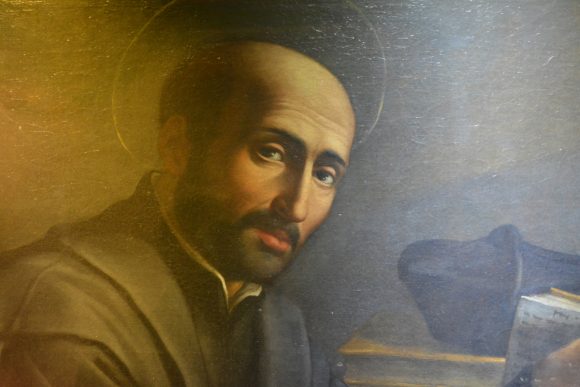 Today Christian prayer retreats are available in many different forms across many traditions. They can be categorized broadly as personal retreats, group retreats, and daily life retreats. What are these? Who originated the idea in the first place?

Personal retreats are adaptable to many different life situations, personal needs and spiritual growth stage. They can be as short as a few hours which is suited for beginners, to one day retreats and to longer retreats of about a week to thirty days (like the well-known Spiritual Exercises of St Ignatius). The longer retreats usually include an individual prayer guide called a spiritual director, with whom the retreatant meets daily to share what he or she had experienced in each day of prayer. These longer retreats are therefore also called “personal guided retreats”.

Group retreats are of various sorts. Preached retreats are what we Protestants are more familiar with. They are like “church camps or conferences” with three to five messages per day, but with more time in between for reflection and prayer. There are those group retreats that involve some dialogue and interaction among retreatants, with more time for reflection and prayer. Finally, there are group retreats that include usually daily spiritual direction for everyone, and very brief presentations by the retreat leader. This usually follow a theme or structure, but at times may be individual-focused and not theme-bound.

The final type of retreat besides the personal and group retreats, is the daily life retreat. This retreat is designed for people who are unable to withdraw from home or work like in the other retreats. They make a retreat without withdrawing from their usual life, by committing themselves to a daily time of prayer for a specific number of weeks or even months following a program of meditation and prayer, guided by a spiritual director periodically.

There is variety and rich creativity of themes and forms in Christian prayer retreats, but whose great idea was this? Christian prayer retreats in its fundamental form as we know it today is commonly attributed to Saint Ignatius, founder of the Society of Jesus. He was a military man of the 16th century, adventurous and reckless with women, games, brawls and armed conflict. He was wounded severely in one leg while defending the territory against France, and during his recovery in Loyola, he was deeply affected by two books, “The Life of Christ” and “Golden Legend” – a book about the exploits of saints. That convalescence was a bed of repentance and transformation which propelled him with great hunger towards God.

He decided to make a pilgrimage to Jerusalem, but on the way there, he had encounters with God, particularly in Manresa where with much fasting, asceticism and long hours of prayers every day he sought to know God and his will. It was in Manresa that he began taking notes of his keen observations about his self-awareness and the dynamics of what he was experiencing as he sought God in prayer. These became the embryonic beginnings of his classic contribution to Christian prayer retreats, a manual titled “The Spiritual Exercises”, which contains guidance about how to help people experience God through meditation and prayer of the gospels, and make a commitment to serve God from a place of spiritual freedom.

He began giving out exercises to his friends and seekers who approached him, preferably with them withdrawing from usual activities to devote themselves to meditation and prayer, but also for those who could not, spiritual exercises on a daily basis. Many who devoted themselves to these “prayer retreats” experienced life-transforming encounters with God, and he trained his followers to give these exercises to other seekers too. Till today, the Spiritual Exercises are still being given by Jesuits and others, and the manual he wrote, used by spiritual directors around the world, as it was in the original format, but mostly with adaptations.

From the early years, the form of the Spiritual Exercises could always be adjusted to the needs. It was never rigid. And the Jesuits used different variations and people of other orders and traditions creatively morphed it too. The fundamentals of the Christian prayer retreat remain the same: withdrawal from usual life for time alone with God to encounter Him in meditation and prayer. The expressions or forms it takes differ in a hundred ways.

During this same period, the Protestants Reformers had nothing similar to it and were actually wary of all things Catholic. The Lutherans, Calvinists, Puritans, Quakers, Baptists, Methodists, and others knew little of prayer retreats. They have thrown away the baby with the bathwater.

Sadly, modern Protestants were quick to adopt and adapt the secular world’s scientific, philosophical, psychological models, and management methods but hesitant and slow to learn from the other streams of Christian tradition, for example, the value of prayer retreats.. This lack of humble and wise learning is clearly evidenced by the scarcity of Protestant facilities dedicated for Christian prayer retreat, and of trained spiritual directors to guide God-chasers, compared to what is available among the Catholics. It was only in the 1950s that significant interest began to grow about the need, value and importance of Christian prayer retreats to the health and discipleship of the Church. Evangelicals began slow but steady steps to learn these ancient pathways, while keeping faithful to the basis of all spirituality: the gospel of Jesus Christ.

I for one, am upbeat about the interest in Christian prayer retreat among evangelicals today. I have received much from personal guided prayer retreats and believe it is an invaluable treasure that the Church must acknowledge and tap into if it wants to be a servant church. “Morning by morning he awakens; he awakens my ear to hear as those who are taught, The Lord God has opened my ear, and I was not rebellious; I turned not backward.  (Isaiah 50: 4-6 ESV)

(The term “Christian” prayer retreat includes Catholics and is used to distinguish it from secular, New Age, and other religion’s retreats.)