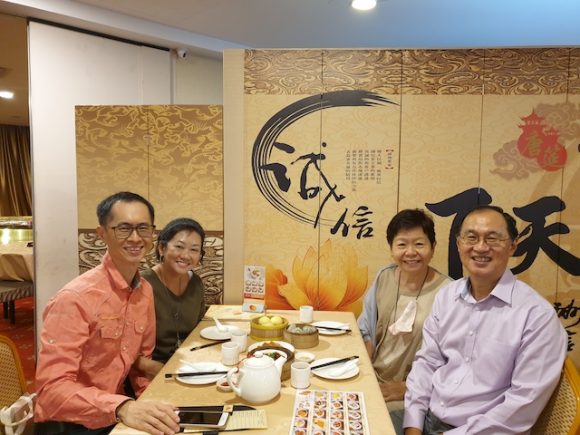 Shekinah Assembly of God: a story of hope re-kindled

I must admit to being anxious about guest preaching at Shekinah Assembly of God. I had been resting for six months, staying away from ministry. In May I have to preach three times, two as a guest preacher, one in my home church. Will I be able to preach well or will I be rusty? Will I be able to deliver an effective message? These fears lose their hold over me when I was reminded of God’s words to Joshua, “Be strong and of good courage!” and another formative rhema that shaped my ministry, “I will be with your mouth and teach you what to say”, God’s words from the burning bush to Moses.

I admit to being curious about how this church of about 80 members and another church of about 50 members got “married”. I heard about their union from my friend Pastor Thomas, a good friend of the lead pastor Hock Cheng. I had so many things I was curious about: how it happened, what the process was like and how long it took, and what is the union like currently.

My wife and I arrived early at Parkroyal Collection Pickering, a five-star hotel in Chinatown. I later found out that the Lord graciously provided them this venue when the one they were at was on short notice to be used for quarantine purposes when the government reverted back to tighter pandemic rules. Thankfully we can rely on the Lord in these days of sudden changes. These changes give much stress to pastors, and as one who recently retired, I feel for pastors and their staff.

We received a warm welcome and a member by the name of Alvin filled me in on the origin of the church which I could very much relate to because of the similarities to my home church, World Revival Prayer Fellowship. They started as a youth group in a school (Tiong Bahru Secondary School) and they moved around till they settled in the Queensway Shopping Centre. My home church began at the back of the laboratory in Dunearn Tech Secondary School. How interesting.  Hearing that, I felt more comfortable immediately.

Then a gentleman by the name of Ian came and told me he had been blessed by my blog, and wanted to buy a Brompton bicycle too!  Such affirmation is like fuel to my engine. I know that by God’s grace, people are reading my blog, but to see the reader and hear him affirm my writing fires me up to keep pressing on.

The service (which was also live streamed via ZOOM) began with pre-service intercession and was followed by uplifting anointed worship led by a two persons ensemble: pastor Apelles, the former pastor, and a lady pianist.  I felt I was in the presence of God even though we could not sing. When It came time for me to preach I went with the flow and delivered the message I have developed with the Lord. It went smoothly. I was at peace. I felt I connected with the hearers. I was encouraged by the kind appreciative words of people who were blessed or touched by the message.

Pastor Hock Cheng and his wife Camelia brought my wife and I out for a tim sum lunch at nearby Chinatown Square. Over lunch they shared about the recent health challenge they went through as a couple and the inspiring story of the union of two churches. My wife and I were poignantly touched as we listened to their authentic sharing of suffering and joy, the love of the members of the church, and the fruit of the union: a re-kindling of hope in their hearts.

The story of the union of two churches is full of God’s fingerprints, his hand revealed in so many diverse ways. God’s favour and peace, careful thorough deliberation,  prayerful discernment, and attention to people’s feedback were evident in the whole process of union. In the words of pastor Hock Cheng in his “wedding speech” during Shekinah’s 28th anniversary, God’s providence – his arrangement of events and divine appointments – was the key factor in the fruitfulness of the union:

“I believe in divine appointments, do you? – Our God is a God of Providence!

Through a series of divine connections, our journey with CGC began in July 2017 when Pastor Stephen initiated a conversation with Silas and me to explore merging with Shekinah. The leadership teams of both churches subsequently met together (since Oct 2017) to pray and agreed to explore the feasibility of our two churches becoming one. Pastor Benny Ho, being a trusted friend to both churches, was invited to facilitate the meetings and provide counsel to both leadership teams.

Like a newly married couple, both churches have since gone through the stages of dating, courtship & engagement. By the grace of God, we are getting married today!

In the last 15 months, we discovered a few important things about each other:

In short, we found that we are better together than we could ever be apart!

We want to reach more people for Christ, to multiply our church’s impact, to better serve our local community, to further extend God’s Kingdom”.

Pastor Hock Cheng was very humbled and grateful that pastor Stephen and members of City Gate Church were willing to lay down at the Lord’s feet, the name of their church, and to step down as the pastor. He felt City Gate Church had been very gracious and generous throughout the process of merger, a mark of their maturity and kingdom-mindedness.

To me Pastor Hock Cheng sounded as grateful as a person who had received an organ transplant from a stranger – sheer grace, sheer gift. The union re-kindled hope in him at a time when he wondered if things would ever lift off for his home church. Now with this union of two faith communities, Shekinah has grown stronger, with a richer and deeper blend of gifts of organization and mercy, with more gifted and dedicated volunteers, a critical mass that can overcome inertia and build momentum. It is a match made in heaven but is being manifested on earth. I pray that with patience the union will bear much fruit for the kingdom. In fact, it has already done so when they did the Alpha Course during their Sunday Services prior to the Covid 19 outbreak, with many added to the kingdom. May  their love as one community abound, and may the Lord continue to anoint their vison of making disciples.

My wife and I went home feeling blessed to have witnessed a marvelous work of God.

LORD grant that more churches will find re-kindled hope in union of their churches with other churches. May there be a humility and generosity to lay down rights, entitlement, self-interest and pride. Let there be more kingdom-hearted leaders in our midst. Amen.

To read about two other churches that has merged click HERE.