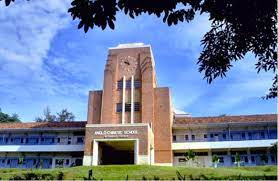 This Is The Lord’s Doing

The ACS Clock Tower revival is one part of what God was doing in the 1970’s. I would call it the 1970s Charismatic Revival as the fires that were lit among the mainline Anglican and Methodist churches, among students in schools (of which one is ACS), and at Jedburg Gardens, all happened during the early 1970s and continued to burn strongly for about a decade. This revival would have great impact on the renewal and growth of the church in Singapore and overseas.

In my case, I was spiritually born and bred in the revival atmosphere that began in the backside of science laboratories of Dunearn Secondary Technical School in the middle of 1972. When I reflect on what happened 50 years ago, I cannot help but exclaim with the Psalmist: “This is the Lord’s doing; it is marvellous in our eyes” (Psalm 118:23)

The impact of the 1970s Charismatic Revival would vary in significance and lasting fruit. The Anglican renewal’s impact would have the greatest of lasting outcomes as it touched its top leadership, the bishops Chiu Ban It and Moses Tay. Furthermore, Rev Dr James Wong brilliant channeling of renewed Anglican members into church planting works resulted in the formation of several churches that are well established churches today: tangible monuments to the work of the Spirit. The ACS Clock Tower school students’ influence, unlike the top-down of the Anglicans, would be ground-up. It would go on to open the heavy doors of the Methodist Church to the fresh wind of the Spirit, and this was clearly miraculous because students, even Spirit-filled ones, were pretty low in the church hierarchy. The Jedburg Gardens revival would be associated with the formation of the Full Gospel Businessmen Fellowship International, a super-spreader of the renewal to all other denominations in the 1970s. The Dunearn Secondary Technical School revival became a local church with a strong focus on missions, World Revival Prayer Fellowship.

One of the blessings of the 1970s Charismatic Revival was that it facilitated the gathering together of churches of different traditions and beliefs, and prepared the way for unity movements like the Love Singapore unity movement, and the great inter-denominational events like Here’s Life Singapore, Billy Graham Crusade and Festival of Praise.

It would result in the renewal of many nominal members in traditional churches. It would be a great spiritual awakening of first love for Jesus. Their lives would be turned upside down by the Spirit’s dynamic power and compel them into zealous works of service and ministry. Like people madly in love they would boldly spread the gospel and the blessing of renewal everywhere: in schools, homes, and the marketplace. Thousands came to Christ during the revival.

While many of these revived saints will remain in their vocations and be effective salt and light where they were, for some, this experience of first love would result in these revived saints leaving their jobs to go into full time Christian vocations: in churches, mission fields and para-church ministry. Personally, I could count about 20 persons I know from the Dunearn revival who have gone into missionary or pastoral work. I cannot imagine the numbers in other bigger more significant centers of revival.

The growth of the Christian church in Singapore and its expanded role in missions may be attributed to the 1970s Charismatic Revival which sort of raised the tide of spiritual renewal to overcome personal and church structural barriers to evangelism and missions. I would even say that the rise of many of the megachurches could be traced back to the influence of the 1970s Charismatic Revival.

For those who want to read a well-researched, notable and comprehensive work that described the 1970s Charismatic Revival do purchase and read, “Unfolding His Story” by Georgie and Galven Lee (pic below).

To read more about factors surrounding this this revival, go HERE.