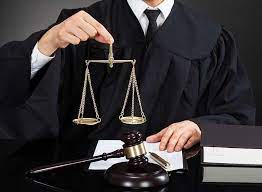 This is part of a planned series of writings on the topic of “The A to Z of Christ’s Finished Work”. I am writing it alphabet by alphabet. Thus far the others that I have written can be found HERE. Feel free to use it in personal or group discipleship discussions to establish the faith of believers. It can also be used to inspire ideas for pastors to use as a series of messages to strengthen the faith of the congregation.

Fruit of the Finished Work

Christ’s intercession for believers is a fruit of his finished work. Without his death and resurrection, there would be no basis for intercession to the Father on the believer’s behalf. The basis of Jesus intercession for believers is that he paid the price for their redemption, the forgiveness of sins, once and for all, by giving his sinless life to take away the sins of the world. “Who will bring any charge against those whom God has chosen? It is God who justifies. Who is he that condemns? Christ Jesus, who died – more than that, who was raised to life – is at the right hand of God and is also interceding for us” (Romans 8:33,34).

Picture the evil one before the God accusing believers of their faults, shortcomings and sins of omission and commission. The accusations are not without basis and the believers have to admit to them. However, there is an Advocate, a defence lawyer in the heavenly courts who speaks us for us to God. He says in effect, “These believers have sinned in thought, word and action. However, I came to earth, and I paid the price for their redemption, the forgiveness of all their sins. Therefore, I intercede on their behalf on the basis of my shed blood, that they be forgiven totally of all wrongdoing, and that they stand before you clothed in my righteousness instead”.  God listens to Christ’s valid, effectual intercession and our sins are all cancelled out and we are acquitted.

The Freedom of a Forgiven People

This is why believers can live in the freedom of a forgiven people. They are far from perfect and do sin and fail daily, but they have Christ to intercede for them not only in this life but also on the day of judgment. “But if any man sin, we have an Advocate with the Father, Jesus Christ the righteous: and he is the propitiation of our sins; and not for ours only, but also for the whole world” (1 John2:1,2).“Therefore he is able to save completely those who come to God through him, because he always lives to make intercession for them” (Heb 7:25).

Following Jesus with such a deep and complete assurance leads to confidence instead of fear, peace instead of condemnation, joy instead of a spirit of heaviness. Contrary to conventional wisdom, this will not lead to careless, playful, deliberate sin. It does not. In fact, the opposite happens. Such generosity of forgiveness, empowers the sinning believer to again be aware of his sins and need, to turn to God and be even more grateful for Christ’s finished work, thus spiritually empowering him to love Jesus much more.