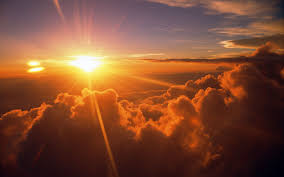 I must admit I was stuck here at “K” because the topic of the kingdom of God is immense. What do I include and what do I exclude? The kingdom is one of the greatest blessings resulting from the finished work of Jesus Christ. “For he has rescued us from the dominion of darkness and brought us into the kingdom of the Son he loves, in whom we have redemption, the forgiveness of sins” (Col 1:13,14). This rescue was accomplished when Jesus died and rose again from the dead. Through his finished work, we are now dwelling and living under the rule, authority and power of King Jesus.

We Christians are familiar with the Lord’s Prayer. One of the six petitions in this prayer goes like this, “Thy kingdom come”. It expresses a longing for a future, consummated kingdom in which a state of perfect peace, joy and righteousness is established by the rule and authority of Jesus after the complete defeat of sin, Satan, and death. Such a time will come at the end of this present age when heaven will declare: “The kingdom of the world has become the kingdom of our Lord and of his Messiah, and he will reign forever and ever” (Rev 11:15). Until then, we expectantly watch for the signs of this impending world changing climax to this present age. Jesus himself said to his disciples about the signs of his return: “Even so, when you see these things happening, you know the kingdom of God is near” (Luke 21:31). The apostle Paul reiterated the message of this future aspect of the kingdom when he told the church in Corinth, “I declare to you, brothers and sisters, that flesh and blood cannot inherit the kingdom of God, nor does the perishable inherit the imperishable” (1 Cor 15:50). There is no doubt that there is a future kingdom based on a renovated new heaven and earth: no more sin, Satan, sorrow, suffering, disease, or death. Jesus promised: “Fear not little flock; for it is your Father’s good pleasure to give you the kingdom” (Luke 12:32)

It may seem puzzling but Jesus and Paul also spoke of a kingdom that is present now. Like a grain of mustard seed, the kingdom had a small beginning and had already established a beach-head on earth in the person of Jesus when he was born in Bethlehem. Once this grown up Jesus was tested by the Pharisees with a hot topic: “When will the kingdom come?” The people were expecting the coming of a political, powerful Messiah to overthrow Rome’s oppressive rule over their country, and establish a new glorious Davidic era. Jesus made it crystal clear to them, “The coming of the kingdom of God is not something that can be observed, nor will people say, “Here it is,” or “There it is,” because the kingdom of God is (already) in your midst” (Luke 17:20,21 italics mine). When Jesus walked the holy land and served people with love and power, teaching, preaching and healing the sick and oppressed, the Spirit of God was demonstrating the rule of the kingdom through his words and deeds. Jesus himself once said to people amazed at the authority he had over demonic powers, “If I cast out demons by the Spirit of God, then the kingdom of heaven has come to you” (Luke 11:20). When Jesus expressed the righteousness, peace, love and joy and other fruit of the Spirit he was also demonstrating the kingdom power and glory. “For the kingdom of God is not a matter of eating and drinking, but of righteousness and peace and joy in the Holy Spirit” (Romans 14:17).

The kingdom is already here: it came in the person of Jesus, and the momentum jumped when the Spirit fell on the Day of Pentecost and formed the church. The kingdom rule of Christ continued through the proclamation and deeds of thousands, then millions of disciples of Christ through the centuries, and it will continue till Jesus comes again in power and glory to consummate the kingdom of God. We the church will exercise “the powers of the age to come” (Hebrews 6:5) and other perfections of the heavenly state, but not in its fulness, because we still live in this present evil age in the midst of sin and imperfection. On this side of eternity, there will still be trials and temptations, sorrow and sickness, death and danger, persecution and martyrdom. While by faith we seek to draw down the powers and blessings of the age to come, and we can and will certainly see much of kingdom authority and blessedness in this life, it is only a down payment, the full sum of everything will be inherited when the future kingdom is gloriously put in place by divine intervention.

We are blessed indeed to be brothers, sisters, friends, subjects, aides of the King. He has all authority in heaven and earth, and he delegates it to us to use for the advancement of his purposes. If we ask anything in his name, he will do it (John 14:14). We are to pray for the spread of the gospel (Eph 6:18-20), for all people to come to a knowledge of the truth, and for those in authority and who govern over us (1 Tim 2:1-4).

Living under his rule of love means we are blessed with righteousness (not ours but his), and peace and joy in the Holy Spirit, and are able to serve people inside and outside the church with spiritual gifts.

We are engaged in a serious battle with invisible spiritual forces (Eph 6:10-13) and this a battle that will not end until Jesus comes to consummate his kingdom. Jesus has already defeated Satan, but we are engaged in stubborn mopping up operations.

When the going gets tough, the weak who depend on Christ and have this hope of a future kingdom are the ones who will persevere in the midst of suffering, tribulation and persecution. Jesus was able to endure grave injustice, agonising suffering because of the joy that was set before him (Hebrews 13:1,2), and we can follow in his footsteps because we have a joyous and unshakeable kingdom promised to us.

To read my other posts about the A to Z of Christ’s Finished Work, go HERE.