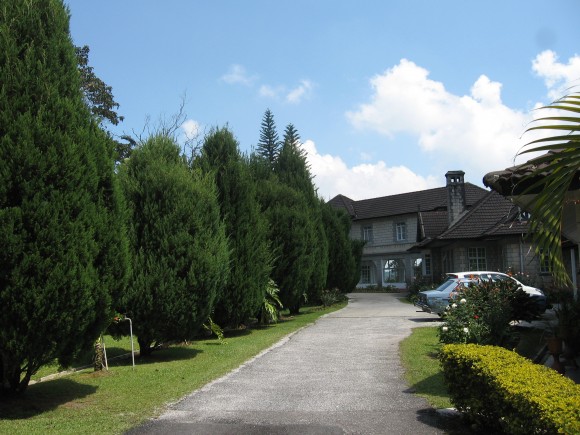 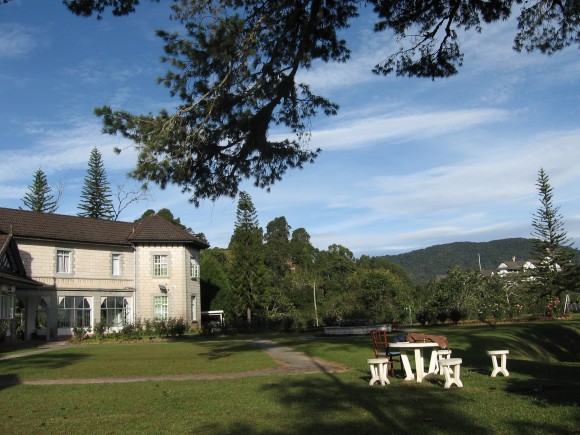 I began my annual leave with a week’s vacation in the OMF Bungalow, nestled just off the road that passes by the Strawberry Park hotel in the Cameron Highlands. This was not the first time I had stayed in this bungalow run for weary missionaries and pastors by the Overseas Missionary Fellowship. I had used it for prayer, silent and staff retreats, alone and with others, and it was the first time I was there supposedly to rest. I say supposedly.

To be honest I found it a struggle to rest. I had left Singapore, but Singapore had not left me. The restless engine of mind and heart, though emptied of energy, was still running and the hood warm, for even as I settled into my room, the spirit of productivity, raised its insistent voice and demanded an answer, “What are you going to accomplish during this time of rest?” ‘Do’, ‘accomplish’, ‘achieve’, ‘goals’, ‘results’ were words that reverberated in my mind. Even vacation contorted into a task, a performance, a work with benchmarks to attain. My weak reply was, “I am here to rest, not to follow a schedule or plan. Why can’t I idle, do whatever I felt like, or just waste time, you know, just waste time and vegetate?”

As the slow lazy days passed, I realized how futile a reply it was, for into the third day and near the end of the week , I again found myself pulling the emergency handbrake to stop businesslike cost-benefit questions. Surely I am not the only Singaporean who have had to wrestle down guilt and the Protestant work ethic during a vacation. Time is precious, and we are to maximize it even on vacation! So Singaporeans cram as much activity as possible into their already packed plans. I was determined to rebel; I wanted to do whatever I please and let spontaneity reign. And so I did, or at least tried to do. 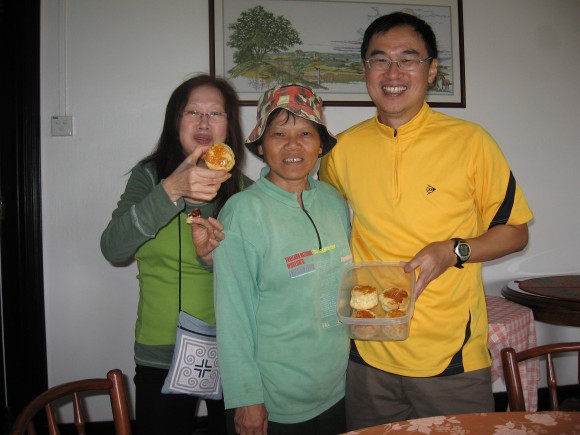 I slept whenever I felt like it, and it was more than usual. I read stuff on design, storytelling, manhood, and started on a novel, The Shack, providentially given by James Tan, another pastor from Singapore who was there with his wife, Kim Eng. I picked up a book titled Travel Mercies from the OMF Reading Room and sauntered through its pages over two cold evenings. I napped on most afternoons. I finished two Japanese TV serials on DVD, Kurosagi, a manga-adapted character who is a swindler of swindlers in eleven predictable plots; and Arifureta Kisaki, a slow-cooker of a love drama about secrets and openness, solidarity and community. I also squeezed in the riveting Frost/Nixon movie, a gem by Ron Howard. I feasted on the mountain views, and sat out in the spacious garden, to stroll, reflect, read, idle, pray and journal. I listened to Kevin Kern, Rod Stewart, Norah Jones and worship instrumentals. I enjoyed two inspiring messages of Bill Johnson.

On a Sunday morning, we went down to Tanah Rata, and spontaneously took a three hours detour to view the Robinson Falls and trek farther into the forest, till tiredness and good sense bid us to return without completing the route. Good sense because one of us was Malaysian front page news thirty years ago when he got lost while trekking in the forest with a missionary family, and was found by orang asli, after soldiers and Gurkhas failed to find them. We then returned to the Bungalow for lunch without even walking the main street of probably the most touristy of the Cameron hamlets. 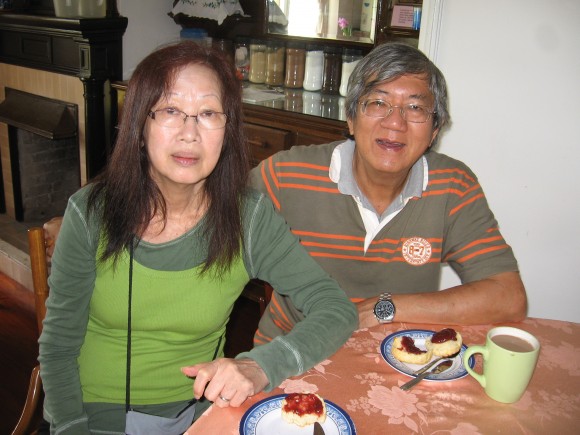 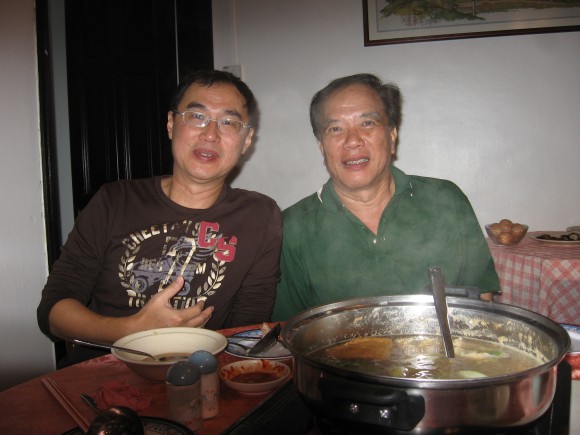 My red letter moments were many. There were no burning bushes of audible voice nor great wonder. But there were those moments when my heart burned with his loving thoughts, and I just knew the Lord was planting faith in my heart. These happened in conversations with my new acquaintances and friends. Certain insights, phrases, testimonies that were shared, were divinely alighted with the Father’s loving touch.

I was game and went along with pastor James on a low-salt, low-oil menu and surprisingly I cruised along without regret or withdrawal symptoms, largely because of the life-giving and interesting conversations over fresh vegetables and steaming hot coffee and crunchy home-baked cookies, and good company, which included, Rod Lam, a South African OMF missionary based in Hong Kong. Our meals often stretched into two, three hours affairs and we ranged from missions, living by faith, pastoring, spirituality, and theology to African

politics, psychology, culture, books, counselling, health, dying well and family. I was also blessed by the visit of a church friend, Chua, who is an oil palm smallholder in Gua Musang, a growing town in the heart of Kelantan, where Nik Aziz the PAS spiritual leader resides. He drove about two hours and stayed two nights in Tanah Rata and we had many hours of faith-inspiring sharing of what God is doing in our lives, families and churches. It was in conversations like what we had that the Lord underlined certain insights and thoughts for further reflection and listening. Like the confirmation of what God had been saying to me through a providential conversation with Therese, the owner of The Lord’s Cafe at Tanah Rata. Its a spirituality of community: the Lord came alongside, like he did with the two on the road to Emmaus, and used something said to burn my heart with holy faith. 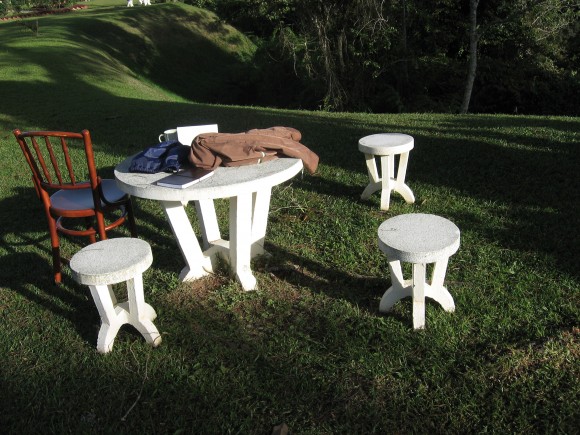 The still and quiet times beside “still waters” when I listened to the Father’s song over me were unforgettable. To have seen how he saw me in His love was very affirming and liberating. He used a huge tree in the large compound to show me how he viewed me. Even more than Jesus, I needed to hear the Father’s song again and again all throughout my life journey,”You are my son, whom I love, and with whom I am well pleased.” It was a song of comfort, freedom, affirmation, passion and grace. 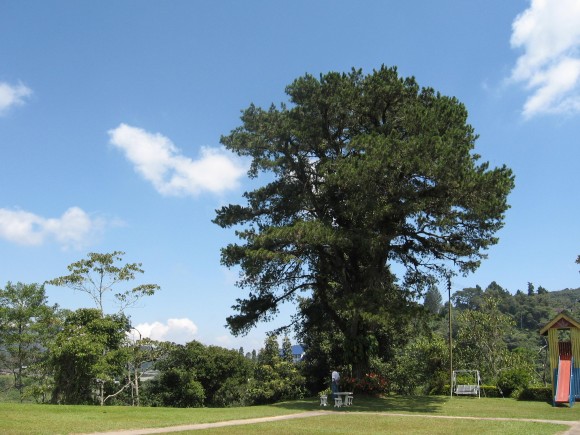 Am I more rested now? I suppose so.

However my sense is that I probably need a sabbatical, not just a vacation. 🙂