I went to the Love Singapore movement’s annual Pastors’ Prayer Summit of 2010. I liked hearing the movement’s leaders share their hearts, the burden of the Lord’s word, and the vision and strategy of the movement. Here are my personal impressions: 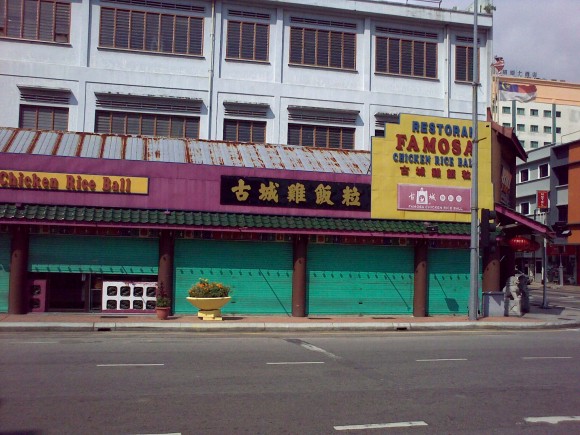 Most Regrettable Decision: Eating the famous Malacca chicken rice balls from an imitation stall, even though forewarned by a pastor who was patronizing the restaurant. I mean any Malaccan food can’t be that bad right? Wrong! The chicken was as tough as LKY; as juiceless as coconut husks; as tasteless as licking the floor; and as hopeless as asking for lower GST. It was a new definition of kampong, range-bred chicken. The side dishes were unremarkable, and our eyebrows raised when we saw the bill. Adventure turned disaster. We were bombed, and we asked to be bombed! The next day, we sought and ravished the real thing at Jonker Street, after a fifteen minutes walk in what was like a frying pan. The truth must be told: there was a heaven and hell difference in taste and texture. 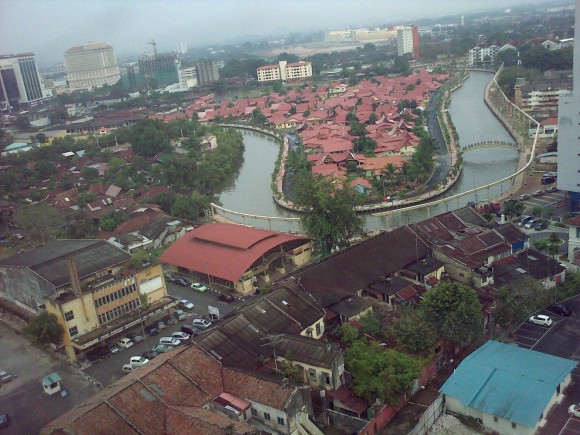 Most Interesting View: The view from the fifteenth floor of the Renaissance Hotel in Malacca made me curious about the red roofed traditional kampung houses embraced by the slow, lazy but clean Malaccan river. I was dying to find out what that neighbourhood was all about.

Most Sobering Moment: When I saw security guards at the foyer of the main auditorium at every meeting.

Most Medicinal Value: The emcees, Pastors Guna Raman and Lawrence Chua, had such chemistry and finesse, in delivering dry, depreciating humour that tickled tired pastors desperately in need of holy laughter. They introduced each of the speakers with a humourous banter. Instead of raising expectations and building credibility, in clean and funny tease, they chopped at the pedestals we had put these pastors on, and to everyone’s delight, equalized the field and increased the connect. Most Impactful Message: The message by Lawrence Khong on how God wants to enjoy and take delight in us (Psalms 45). It was a message we pastors needed to be reminded over and over again. My twist on it is that prayer is not about us performing to standard or custom; its about Him enjoying our company.

Most Refreshing Time: I had a good few hours in the hotel room just sitting in His presence in silence and solitude. Its good to know He enjoys my company. Rest in the Lord and be still.

Most Threatening Moments: When we had supper with pastor friends like Kenny Fam to catch up on news and ministry; and cholesterol up with mee goreng, nasi goreng and Ramli burgers. Most Interesting Walk: Vincent and I took a walk around the Malay village living museum. We crossed a bridge and walked leisurely by the pavements lining the snaking river peering into charming wooden houses with colorful curtains and decorations. A living kampung in the heart of high rise buildings and busy streets.

Most Striking Impression: I have not been to the Pastors Prayer Summit for about seven years. As I surveyed the pastors walking, standing, talking in groups I recognized many of them by their names or faces. It struck me that many now looked older. Grey hair, less hair, no hair; heavier frames, wrinkled, tired looks, hunched postures. I remarked to Vincent, “Everyone looks older. When they look at us, they’re probably seeing us the same way we see them. Haha.” The generation that came to Christ in their teens in the 1970’s and answered the call in the 80’s and 90’s, after many decades of faithful service, are now in their fifties and sixties! It was plain to me that the greatest need of the Singapore church was for us to raise, mentor and release a new generation of sons into glory. 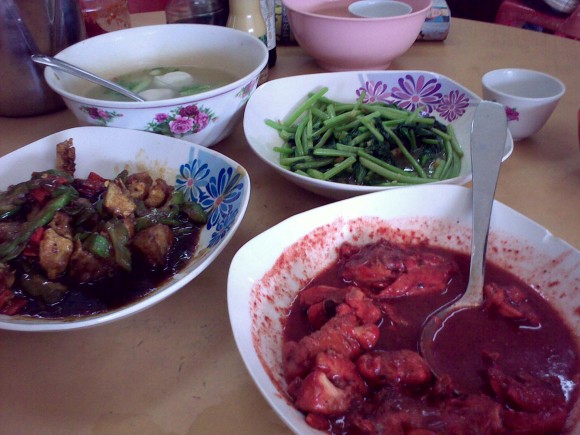 Most Tasty Meal: Hotel food cooked en masse for big crowds always carry a certain sameness that crashes the appetite. It was outside the hotel, at a Yong Peng coffeeshop that I tasted my best meal. Pastor Vincent, my roomate, wanted some Hockchiew food. We discovered that both our fathers were Hockchiew. So we were aiming to go to this restaurant he knew, but it was closed so we tried this other one and we enjoyed the meal as thoroughly as the dish was red in colour and the chicken meat tender.

Most Magical Moment: Lawrence Khong took the old vision of Love Singapore and put it in the hat of the seven gates of influence. He waved the magic wand, and the ‘old rabbit’ disappeared and the new ‘seven coloured rabbit’ appeared. Its actually the old rabbit, but it looked new. And we were inspired! Now, that’s what I call the magic of Lawrence Khong! It has to be a supernatural grace. There is no other explanation.

Most Inspiring Story: The transformational story of how God used a small church in Phuket to have a mega impact on the city. Pastor Burton, a British Assemblies of God missionary told us how the Lord can move to reduce corruption among local government officials and establish God’s justice in the city through leaders being born again.