Home   »  Pastoral ministry   »   John Maxwell: what I would have done differently as a pastor

John Maxwell: what I would have done differently as a pastor 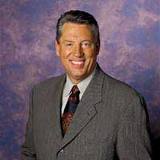 John Maxwell is well known in the church world and in the secular organizations. He is a trainer and motivator of leaders. As an author he has sold 13 million books. His training organizations have trained more than 5 million people. He left Skyline Wesleyan Church in San Diego to concentrate on training leaders. He has enough distance from his pastoral ministry to offer insights that would help younger, and even experienced pastors. Here is his reflection on what he would do differently if he had a chance to, fifteen years after he has left the pastorate. This extract comes from an interview done by Michael Duduit and was published in the Preaching magazine (Jul-Aug 2010).

Question: You have been at this for a long time- you have been preaching since you were a young man and you continue to preach. What are some things you have learned about preaching, things you know now that you wish you had known when you started?

John Maxwell: Well, something interesting has happened. I resigned Skyline in San Diego, Calif.- this just shocks me – 15 years ago. when I left the local church after pastoring it for 25 years and loving it so dearly, I felt pretty satisfied, successful. I felt that my churches grew, that a lot of people came to faith in Christ. I felt I had the respect of the Christian community as far as being a “successful pastor.”

Now that I’ve gotten away from it 15 years, I get more disillusioned with my work every year. I told Margaret, “I’m not sure I can live long enough here in this process. I just feel like I didn’t do a good job.” I wish now that I had done this differently.

Just like I was talking about – I would talk to my people about how to share their faith. I didn’t teach them how to get respect in their business world. I didn’t know how to do that. I didn’t do nearly enough social stuff that really would get into their world – help people with hunger, clothing needs or whatever. I didn’t do that enough. Now I look back and think, “I could’ve done so much better in my teaching and communicating.” I just came from my perspective all the time. I never would do that again.

If I was developing messages on a weekly basis, I would find un-churched people – hopefully uninterested people – and I would ask them to meet with me on a monthly basis. I’d bounce ideas off of them and see if I ever sparked their interest, see if I ever connected with them in any way. I would put a lot more of that teaching into my messages. One of the things I love now is that I don’t have to develop a message weekly, so I have more time to let it work in me.

When I was younger, I wanted to do a great work for God, which I over-emphasized and under-emphasized God doing a great work in me. I see it now, my shallowness. I get disappointed. I thought, “Wow, If I had been more interested in God doing a great work in me, my messages would’ve been more transforming. They maybe would not have been applauded as greatly, because they maybe wouldn’t have been as well honed, but they sure would have been from the heart. They would’ve been out of brokenness and out of a journey I was taking.” I wish I had known that when I had that opportunity.

Again, I look back and am very surprised at how disappointed I am in where I was. The only comfort I get out of it is that I know I did my best. I didn’t lack integrity in trying to give my best effort; I just lacked direction and wisdom about things that I could’ve done  a lot better.”