Growing beyond the tithe

We talk about growing and discipleship in many aspects of Christian growth. For instance, we talk about growing in prayer. A new believer is taught that prayer is talking to God, and he is taught how to bring his needs and requests before God. Then he learns that prayer is not meant to be a mere personal shopping list. He should also intercede and pray for others. Later he learns how to pray in a group and that required him to observe how others pray in a group and he stumbles and then perfects that. Later he learns that prayer is two-way, and that he needs to listen to God too. He learns the prayer of faith and on it goes. He keeps learning and progressing and advancing.

Growing in the Word

We also talk to new believers about the Bible. He first learn its black in colour with lots of “books” with strange names inside. He distinguishes between Old Testament and New, and soon prefers the new. He learns what are gospels and epistles and the difficult to understand Revelation. He is taught to read. He goes beyond reading to memorizing and meditating. Then he is introduced to Bible study. His knowledge of the Bible and how to understand, believe and apply it increases. He senses there is progression, movement. Even as he admits to being stuck somewhere, he presses on to grow in understanding and faith.

When it comes to giving, we hardly help new believers to grow in it. Is it too embarrassing to talk about? We let the pastor do it at the Christian living course or the Sunday sermon when funds is being raised. He is taught to give the tithe or whatever the church believes in; why he is to give offerings and how it is part of worship; how he will benefit and the church and the world will benefit. However we do not encourage a growth, a progression and movement in giving. Many believers are stuck in a rut: they are giving inconsistently, or not giving at all, or meandering at the tithe. They give their tithes regularly and routinely for the last decade and have remained in that status quo. Their expenses have increased. Their standard of living has increased. They have progressed in other areas of discipleship: in prayer, in faith in the Word, in witness, in discipling others, but somehow their giving pattern has not changed one iota except the amount increasing to reflect the increments in his earnings.

As their appreciation and gratitude for God’s unconditional love and grace increases, the overflow of grace in their lives will readily be expressed in growth in many areas including giving. Giving grows as believers appreciation and experience of God’s grace grows. Giving can grow in terms of amount or percentages (Yes, why stop at the tithe?). It can grow in terms of faithfulness and consistency; in terms of how giving is a part of worship and not just a routine; in terms of our openness to hearing what the Lord desires of our giving; in terms of the sacrifice or faith involved. These are different aspects of growth in giving. Movement and progress often will bring us to a greater realm of blessing, well being, character formation, faith and intimacy with the Lord. Growing in our giving (and beyond the tithe) is an outgrowth of experiencing God’s grace that necessitates a response of faith, adjustment and planning on our part.

A model of growth in giving 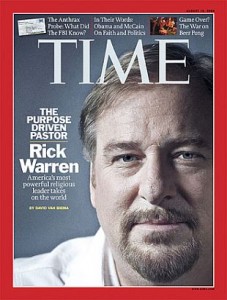 An excellent example of growth in giving is Pastor Rick Warren, the pastor of Saddleback Church, the 8th largest church in USA. Rick and Kay started tithing but sought to grow in giving by increasing the percentage by 0.5% or 1% every year till it became 30%. Then Rick became a New York Times bestselling author and his book “The Purpose Driven Life” became a runaway success which sold more than 30 million copies. Royalties from the book made them multimillionaires (if he got one dollar from each book, that would be 30 million dollars). He credits it to God fulfilling His promise to bless the giver and challenging him to a new level of stewardship. He and his wife made five decisions about their new found wealth:

2.He would stop taking a salary from Saddleback Church. He now served as senior pastor for free.

3.He added up the salary from Saddleback for 25 years of ministry and paid it all back! Pastor Rick wanted to be above reproach so that he could tell the media that he worked for free and did not get rich from serving at a mega-church.

4.They set up three different foundations to help the poor and needy in the world.

5.They became reverse tithers. God brought them to the place in their lives where they were able to give away 90% and live on 10%.

This is what I call growth in giving. John Wesley would have been proud of Rick, though he’s not a Methodist.