Home   »  Malaysian churches   »   The New Covenant Church: this is how church is meant to be

The New Covenant Church: this is how church is meant to be

Pastor Peter welcomed me warmly with a dinner on Friday evening at Duck Inn- a place where the lowly duck has gone four stars. Eusoffe and Joey and he regaled me with story after story of how God had been at work in the New Covenant Church. Changed lives, healings, answered prayers, and marriages in reconciliation. The last time I was here was January, but the stories they told animatedly were mostly fresh. From 8 we talked, or rather they talked and I wah-ed, till 10.  A distinct thought 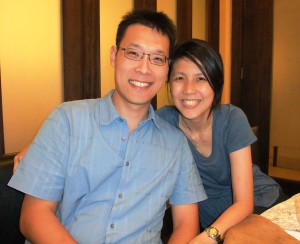 The next day, Simon Yap brought me out for lunch. We wanted to eat from a famous K.L. “all black” Hokkien mee stall, but it was closed. As it turned out, we had food to eat that was better: stories of faith and God’s grace in action. He shared his journey and 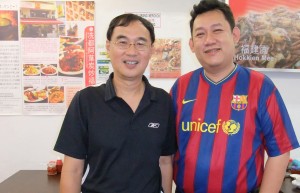 some interesting grace happenings that took place some years ago and some as recent as a week ago. Ahh…another immersion in wonder.  God’s grace is amazing. Again I thought, This is what church is meant to be. Exciting. Christ-exalting. No one taking the glory. Believers who were deeply satisfied and caught up in one lovely surprise after another. When I sensed  a “cloud” of his presence settled, I told him- I want to be alone to process this and spend some time with the Lord.

The rest of the day was spent to order the thoughts for the message for the church on Sunday. What have I to say to these people who seem to be experiencing the early showers of a book of Acts downpour. I was too smart to have accepted this invitation, I thought. Should have told Peter I was on sabbatical, period. However, by evening, all was ready, and the bow was bent, and the string was drawn.

At Sunday breakfast, Peter was sharing a pastoral case, as he didn’t want me to get the wrong idea that there were no problems. Being with the New Covenant Church was comfortable because I was there before and because of Facebook. Wanted to see friends I had added, but wondered if I would recognize them if they had not introduced themselves. As it happened, I could not.

The praise and music had progressed and there seemed to be an enriched sense of God’s presence. The worship leader, Karen, was 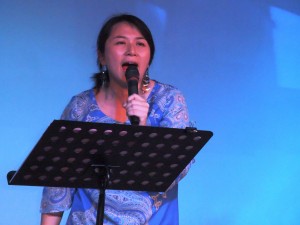 with it, and in it, and caught up in Him. This was followed by holy communion, which they served every Sunday. Later Chermaine testified how she had been suffering from chronic pain after giving birth to her child twelve years ago. The piercing pain would shoot down her back to her legs occasionally when she stood up. One night she was prayed for and she felt a lasting warmth on her back. After a 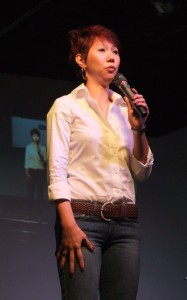 few days she discovered she was completely well and could even jump about for joy. It was no small thing for her to be set free completely.

Baptized in the Father’s Love

The title of the sermon I preached was “Baptized in the Father’s Love” and I dwelt on two key passages: Mark’s account of Jesus baptism, and Zephaniah’s famous 3:17-

“The Lord your God is with you, He is mighty to save. He will take great delight in you, He will quiet you in His love, He will rejoice over you with singing”.

It was a gradual build up, and their warm response to what I was saying, and the anointing, lifted me beyond self-consiousness, and I felt the message was getting through. I told the Sunday morning crowd, which seemed fuller than three months ago, This is what church is meant to be: where grace happenings fall like gentle rain week after week. We ended up with a beautiful response: we stood and worshipped, and the Lord  soaked us in His love. 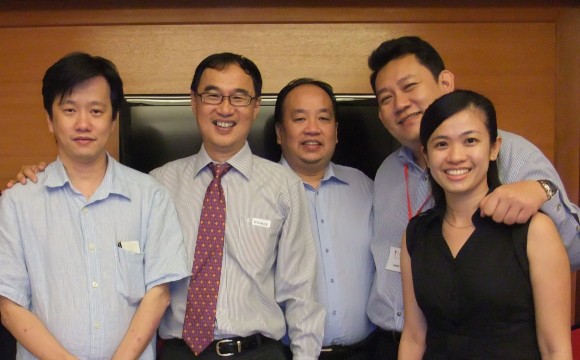 They served lunch every Sunday and I caught up with the people I knew like Aileen Tan, Billy, Simon and Alex. Talked for quite some time with Billy, an entrepreneur who had just recently ventured in an online business. What perked my interest was that he had already been selling an e-book and audio book online for some time, and I found out more. Lord give me an idea for an e-book.