Home   »  Society and religion   »   The pursuit of true happiness

The pursuit of true happiness 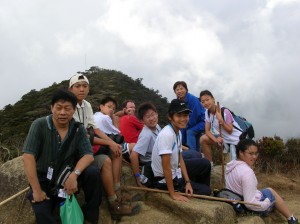 If owning more and newer and better things does not make a person happy, then what does? In an article in the Straits Times, Tobias Chen and Ang Swee Hoon, a student and associate professor of NUS Business School, suggested that experiences have a greater effect of augmenting happiness than does the accumulation of possessions. “Increases in material possessions may well be accompanied by a decrease in happiness. This phenomenon, termed the “hedonic treadmill” says that as possessions increase, so do people’s expectations. Over time, people become less sensitised towards their possessions and require even more new possessions just to sustain the same level of happiness as before.”

They say research shows people gain more happiness by accumulating experiences. Going to the spa, attending a concert, playing golf, going on a holiday, and other pleasurable experiences: these does more for our personal happiness index than a new watch or house or car. The reason they theorize is that “experiences are more central to one’s self identity than material goods” as “people tend to describe themselves by the activities they engage in; rarely do they define themselves by the houses they live in, the cars they drive, or the watches they wear, even though these items convey certain characteristics about them”. The authors are on to something when they mentioned that part of the pleasurable experiences that give happiness had a “social” element, some relational factor which gave rise to this happiness.

Solomon, the son of David and Israel’s king of its golden age, had said that the accumulation of great wealth and possessions and experiencing of all kinds of conceivable pleasures does not give sustainable happiness. He added that neither does great works and accomplishments.

I said to myself, “Let’s go for it—experiment with pleasure, have a good time!” But there was nothing to it, nothing but smoke.

What do I think of the fun-filled life? Insane! Inane!
My verdict on the pursuit of happiness? Who needs it?
With the help of a bottle of wine
and all the wisdom I could muster,
I tried my level best
to penetrate the absurdity of life.
I wanted to get a handle on anything useful we mortals might do
during the years we spend on this earth.

4-8 Oh, I did great things: built houses,
planted vineyards,
designed gardens and parks
and planted a variety of fruit trees in them,
made pools of water
to irrigate the groves of trees.
I bought slaves, male and female,
who had children, giving me even more slaves;
then I acquired large herds and flocks,
larger than any before me in Jerusalem.
I piled up silver and gold,
loot from kings and kingdoms.
I gathered a chorus of singers to entertain me with song,
and—most exquisite of all pleasures—
voluptuous maidens for my bed.

9-10 Oh, how I prospered! I left all my predecessors in Jerusalem far behind, left them behind in the dust. What’s more, I kept a clear head through it all. Everything I wanted I took—I never said no to myself. I gave in to every impulse, held back nothing. I sucked the marrow of pleasure out of every task—my reward to myself for a hard day’s work!

11 Then I took a good look at everything I’d done, looked at all the sweat and hard work. But when I looked, I saw nothing but smoke. Smoke and spitting into the wind. There was nothing to any of it. Nothing.

12-14 And then I took a hard look at what’s smart and what’s stupid. What’s left to do after you’ve been king? That’s a hard act to follow. You just do what you can, and that’s it. But I did see that it’s better to be smart than stupid, just as light is better than darkness. Even so, though the smart ones see where they’re going and the stupid ones grope in the dark, they’re all the same in the end. One fate for all—and that’s it.

17 I hate life. As far as I can see, what happens on earth is a bad business. It’s smoke—and spitting into the wind.

18-19 And I hated everything I’d accomplished and accumulated on this earth. I can’t take it with me—no, I have to leave it to whoever comes after me. Whether they’re worthy or worthless—and who’s to tell?—they’ll take over the earthly results of my intense thinking and hard work. Smoke.

20-23 That’s when I called it quits, gave up on anything that could be hoped for on this earth. What’s the point of working your fingers to the bone if you hand over what you worked for to someone who never lifted a finger for it? Smoke, that’s what it is. A bad business from start to finish. So what do you get from a life of hard labor? Pain and grief from dawn to dusk. Never a decent night’s rest. Nothing but smoke.(Ecclesiastes 2, the Message)

As Solomon concluded from his experience, this pursuit of happiness is “bad business”, “nothing but smoke”. The possibility of lasting and true happiness came only with the death and resurrection of Jesus. With that sinful human beings can enter into a living relationship with the Triune God in the Person of Jesus. And beyond this vertical relationship, human beings can choose to relate to one another in a redemptive way. There is this new Eden where the Triune God in the person of Jesus is in fellowship with all His people, a people empowered by His redemptive work, to relate in authentic Christian community. This is where people find their self identity: in Christ and in Christian community. This is where true happiness is.