Home   »  Singapore churches   »   Chapel of the Resurrection: a church with stretch marks

Chapel of the Resurrection: a church with stretch marks 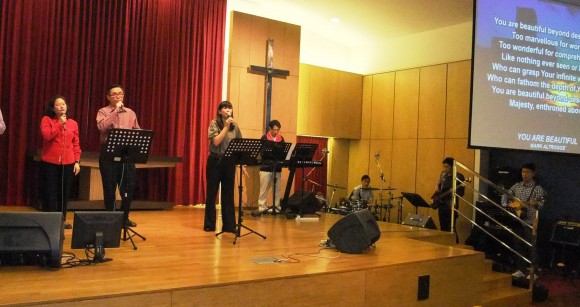 The 600-700 strong church was located at the St Andrews Junior College in Malan Road but have now moved with the school, to St Andrew’s Village at St. Francis Thomas Drive. Although I have heard about this very fruitful church, I have not been to their service before. It was therefore a pleasure for me to accept an invitation to preach at the Chapel of the Resurrection, plausibly the most reproductive church in the Anglican diocese. As I traced in my earlier post, this mother of many has given birth to six other churches that still bear witness to Christ’s resurrection. 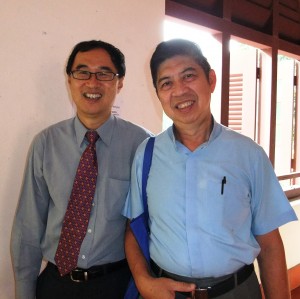 Before the service began I met two ministers I knew. One was Rev John Sim, whose brother invited me to attend my home church. Back then John was an active lay leader in the Brethren church at Galistan Avenue. After he experienced the power of the Holy Spirit he moved to the Church of our Savior. After he was ordained, he was posted to a Woodlands extension, and then to the Chapel of the Holy Spirit. He had taken one of our children’s church camp, and I was pleased to briefly catch up with him. 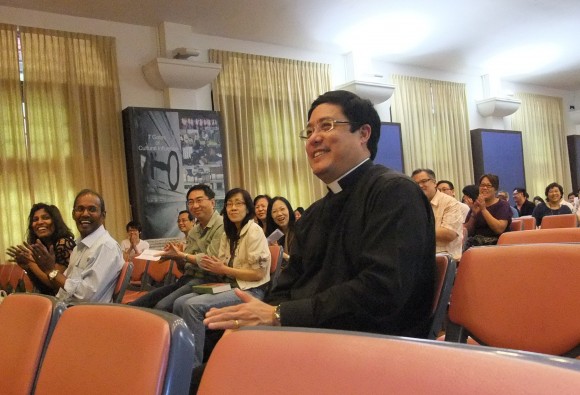 Later in the worship hall, I met Rev Gerrard Jacobs, whose parents I knew from way back, and whose sister is Sister Rubina of the Evangelical Sisterhood of Mary, Australia. He was here for a short while and would head for home in Christchurch, New Zealand, where he is pioneering an Anglican multi-ethnic work. Both of them were called out of fires of charismatic revival in the 1970’s and 80’s. 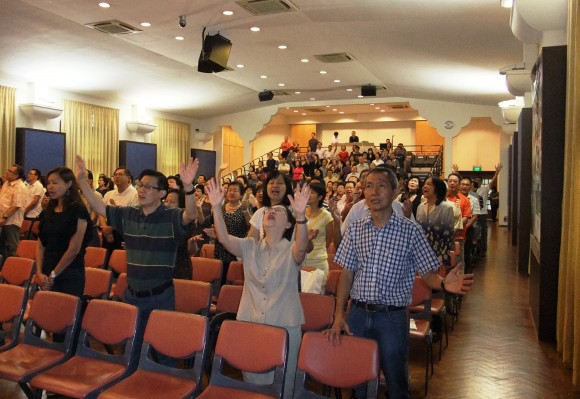 It felt like home. The songs they sung, the light touch of tongues in the background, and the relaxed atmosphere. Before I knew it, I was at the pulpit preaching from Genesis 15 on the topic of “Our Covenant-Keeping God”. There were dark storm clouds looming over the world’s largest economy and it would overshadow Singapore, so I pointed them to the covenant keeping God. During the weeks before, I have been asking God to reveal Jesus Christ more clearly through the sermon, so that the hearers will love Him more dearly, and want to follow Him more nearly. That was my desire and remains my desire: that the message would bear fruit in the congregation. 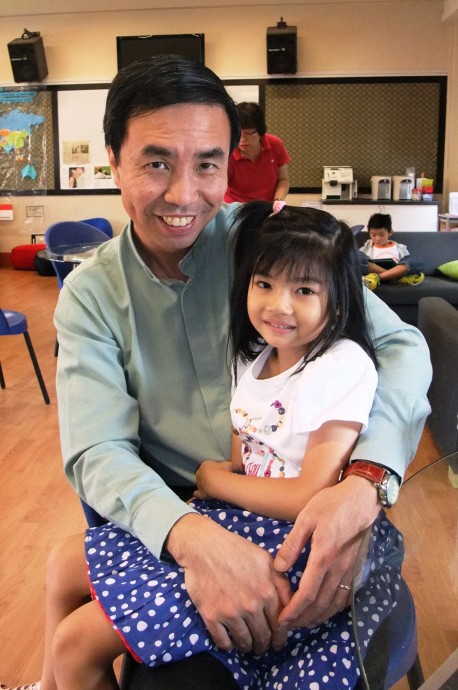 Spiritual intelligence and yet at ease with a child

After the service, Rev Canon Daniel Tong and I had some time of fellowship. The first time I heard of him was from his well known book, A Biblical 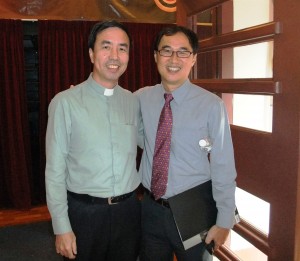 Approach to Chinese Traditions and Beliefs. This book is probably one of the better selling Christian books in the Armour Publishers’ Christian section. Later our paths were to cross when we met at a familiarisation tour for pastors to the Holy Land a few years back. While having coffee and chatting an 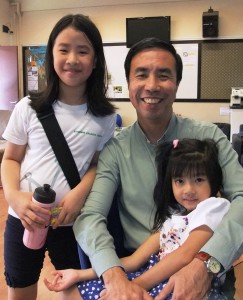 interesting thing happened. A little girl, presumably from the Sunday School where he had earlier given out some awards or gifts, had skipped in and given him a hug and talked to him. She seemed like a niece or some relative but she was not. This Claudia Heng was cute and shy and I thought this was like some picture I had seen of Jesus holding a lamb in his arms. “Hey let me take a shot.”  I knew a Kodak moment when I saw one. It was just a snapshot but besides being a pastor with spiritual intelligence, he seemed to exude a care and ease with both kids and adult members of the church.

Church with a great legacy 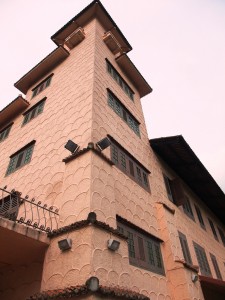 This church can stand tall as they have a great legacy of reproductive fruitfulness.  They have caught the wind of the charismatic winds in the 80’s and sailed strongly. This church can proudly rejoice and celebrate its wonderfully lasting legacy. They can show off the stretch marks from all the childbearing and sending out of their apostolic laypeople to start extensions. It can be draining as any mother of six would tell us. Hopefully one day in God’s time, they would launch out again in such self-giving love and faith. Until then, here’s an idea for all the daughter churches: plan an event for all the daughter churches to come together and say a heart-felt “Thank you” to mum.