DUMC raid: it’s about what’s right for the marginalized

Shock at DUMC raid by Jais

Already there had been issues that had risen in the recent decade with rights of Muslim converts to Christianity to change their designation on their ID, the Alkitab issue, and the accompanying bomb blast at a Kuala Lumpur church. Last week, with shock I read that the Damansara Utama Methodist Church(DUMC) was raided by 20-30 Selangor Islamic Affairs Department (Jais) officers. Just June, last year, I had been at 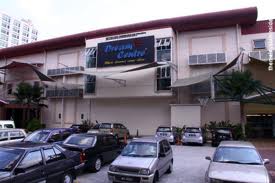 the Petaling Jaya megachurch. The church’s community arm, Harapan Komuniti was holding a dinner event to thank its donors, leaders, volunteers and the beneficiaries of the NGO that assists the poor and the needy, including women, children, and victims of HIV/AIDS and natural disasters, regardless of race or religion. Most governments would be happy to see volunteer organizations raise funds and mobilize volunteers to help needy citizens. But reportedly, having received a complaint, the religious officers had gone to the Aug 3 event at 9.45pm to check if there were Muslims present which is not allowed under the Syariah Criminal Enactment (Selangor) 1995.

Without patronising or saying that we have a better way of managing such matters in Singapore, or that I endorse it, inter religious harmony legislation has been accompanied by comprehensive pre-emptive monitoring of the relations between the religions. It is common knowledge among pastors of megachurches and mullahs of popular mosques that in their audience there may be plainclothes intelligence  officers taping and listening for speeches that may incite inter-religious trouble. Complaints from the public are followed through judiciously. Phone calls and appointments have been made to give caution. Hands have been slapped before, public warnings have been issued, but never an intrusion of such expression nor proportion.

Searching for political capital instead of the capital’s marginalized

When the politicians came into the picture to squeeze some capital out of it, the issue seemed to have developed a life of its own . It is certainly fascinating for a Singaporean like me to follow the ongoing news reports, though for a Malaysian it would probably be viewed with consternation and frustration. To have an idea of how different parasites are feeding off this situation, read Wyngman’s obsevations in his blog post of how six “blinded” parties “see” the raid: The DUMC raid: are we forgetting someone?

He concludes with a poignant appeal for everyone to focus on the real issue, and he is right:

In a word, the politically motivated see only what they want to see. But what they can’t see is that segment which they must be most responsible for i.e. the least of ‘the people’. I’m talking about the homeless, the AIDS victim, the drug addict, the retarded, the orphan, the widow, the handi-capped i.e. the very people for whom the DUMC dinner was thrown – who sees them? Only, it seems, DUMC and Harapan Komuniti.

The drug addicts and homeless are those which society doesn’t enjoy seeing, so all the more reason why our leaders must take a good hard look at how they came to be. The orphans are the ones for whom GE13 will make hardly a whiff of difference, so it’s critical that voters make a difference at GE13 bearing these children in mind. The handicapped are the ones who will continue to suffer after the media shit’s been cleaned (off the fans and the surrounding ‘areas’), so we need to bring them to the top of our political priorities lest it makes our talk of justice and a ‘high-income society’ full of shit.

Blogger James Lim in a blogpost cited a report by the Malaysian Insider that Dr Mohd Asri Zainul Abidin, an influential Muslim cleric and former Perlis mufti said it was not a sin for Muslims to receive aid from non-Muslims and questioned the efficiency of the distribution of zakat(alms) to the poor. He is reported to have said:

“Where have all our wang zakat (alms) gone? Collections of hundreds of millions of ringgit are announced every year,” said Asri in an essay sent to The Malaysian Insider today.

“Is it not enough to help the poor get out of their poverty without them having to ask others for help?” he questioned.

“Why is there so much red tape blocking the poor from getting alms? There is so much red tape just to get even RM100 to RM200. This is despite the zakat offices looking opulent, the high salaries for officers and bosses, and advanced equipment,” Asri lamented.

“Is the high cost meant only to find donors, but without sufficient willpower to find suitable recipients?” he asked.

“It is the right of anyone to help whomever they want. As long as rules and laws are followed, one can help another regardless of race or religion,” said Asri.

“There are many questions that Muslims must ask themselves before blaming others,” said Asri.

The tragic fact is that after all have been said and done about this issue, people are going to assert that they are in the right and others are wrong, and the marginalized will continue to be the neglected marginalized. But it’s not about who is in the right, but it’s all about what’s the right, compassionate thing that Malaysian society are going to do about the marginalized. Will all currently interested parties step in to contribute their abundant gifts of energy, time and money to help them?

Only they asked us to remember the poor, the very thing I was eager to do. (Galatians 1:10)

Religion that is pure and undefiled before God, the Father, is this: to visit orphans and widows in their affliction, and to9 keep oneself unstained from the world.(James 1:27)