INCEPTION of the good news of God’s grace 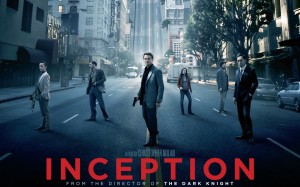 The plot of INCEPTION

The film INCEPTION, starring Leonardo Dicaprio, poses an intriguing proposition, and by extension an interesting spiritual application. The action film is science fiction with a tantalising idea: that ideas and secrets and technology can be extracted from people while their subconscious mind are at their most vulnerable- during dream state. So the hero is skilled at extracting secret industrial information from people, and is highly in demand by competitor clients, as well as a fugitive from those who have been milked. The tension is set when he was asked to plant an idea rather than extract ideas from a particular heir of a near monopoly. Its a tight fast-moving, suspenseful movie which ends with a successful conclusion and we are meant to assume that the idea bore fruition and the client who hired him reaped the harvest from the growth of that idea.

Some people think that preaching is passe and ineffective. The monologue they say is doomed to failure in a world that is increasingly interactive, and that grew up on sound bytes, moving visuals and immediate gratification of senses. Young people and increasingly the older ones as well are having shorter attention spans than ever before. It used to be 20 minutes but I speculate that it is much less, perhaps a worrying 2 minutes! Is the sermon as a method of communication past expiry date?

Despite all this I still believe there is a place for the sermon. It does help to have power point visuals, or fill in the blanks outlines in the bulletin, or to keep the sermon interesting.  However, the sermon is not a lecture, or an interesting public talk. A sermon has life: it is impregnated by the preacher’s soul and the Spirit’s life-giving power. And the worship service is the equivalent of the dream state, when a person, with all his rational and spiritual powers intact (unlike in dream state), is most receptive to receiving an implantation of the eternal, life changing good news of Jesus Christ. With the implant of an idea, that God in Christ reconciled the world to Himself, and joined them to the life of the Triune God, the recipient would have received a word that would generate life and transformation, leading to a harvest of the Spirit, the fruit of righteousness.

INCEPTION means the beginning, the start of a process, a project and it does appropriately describe what can possibly happen through preaching of the good news of God’s grace, and its reception into the receptive, believing heart. When the Word is implanted it is just the beginning of a process, a project that will culminate in life transformation and the greater glory of God.