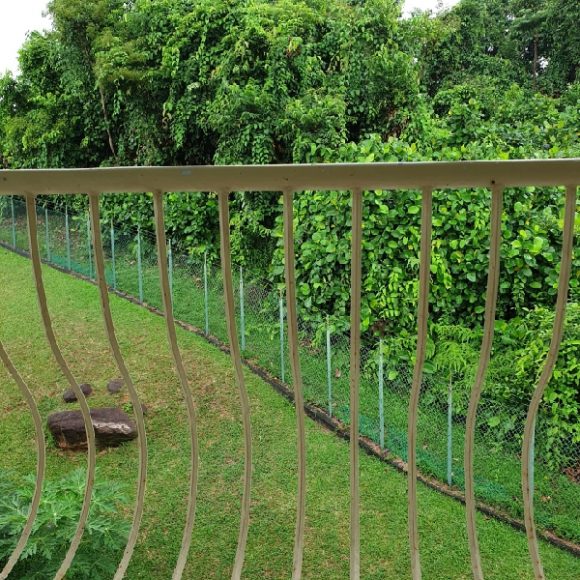 I was not aware that I was tired and stressed these past eight months. Working from home, cancellation of ministry, and the imminent retirement gave me the idea that this was a less hectic period in years. But it was not. I realised that the constant changes in government advisories and directives due to Covid 19 were stressful because we had to respond to them and make decisions and changes in the midst of uncertainty. This meant more meetings on zoom, more discussion and flip flopping in response to rapid changes. It also meant we had to record our own messages from home using our handphones. We had to learn digital stuff quickly. I had thought that as it neared my retirement, my workload should have halted, but it did not. It increased. More teaching, more handholding and handover duties, even those of the deaf congregation.

Therefore, the first two days of the retreat I slept long hours and took naps after meals. I listened to my body as best I could and found myself in bed more than normal. I realised that I was tired and never noticed it while you are still at work and fulfilling your responsibilities conscientiously. A retreat forces you to listen to the cries of your body and your emotions. So I am thankful for greater awareness of the stress of this year. Grateful that the slowing down and time for reflection awakened awareness and wisdom.

The spiritual director plays a key role and has to be sensitive to the Spirit and have knowledge of the spiritual dynamics at play in a retreat ants soul during the retreat. I was glad Lance Ng, was able to discern what the Spirit was doing in my soul and facilitate what the Spirit was wanting to accomplish. I became aware of blocks that kept me from drawing near to God, and the graces for which I should be grateful during 40 years of pastoral ministry. I learned to wait on God and let Him stir emotions, inspire ideas, and surface desires. I stop brainstorming and listing things. I let the Lord surface them to consciousness. Then I sit and ponder and converse with the Lord about these ideas. Each day I shared what surfaced and the director would point me to the next thing ahead, suggesting scriptures or paths of reflection.

As a whole the director noticed the movements in my soul are towards a deeper friendship with Jesus (apart from my roles) – a friendship without benefits. without a utilitarian purpose, without strings attached. This was all part of a movement towards spiritual freedom from the expectations springing from my role as a pastor over the past 40 years. What people expect of me as a pastor have shaped me considerably and the Lord wants to allow me to be simply a child of God, and not to have my identity, security and significance tied inextricably with being a pastor.

In the end, this was a very fruitful retreat. But it did not begin this way. I was happy with the lovely room, but was grieving over the loss of the food and spaciousness of Seven Fountains in Chiangmai, or Chau Son in Dallas. Still in denial and depression. Have to accept that travel in the coming year is going to be blocked or too expensive. If I need a retreat, I have to accept the more expensive accommodation, restricted space, and less interesting meals. I must not allow these external let-downs block me from seeking what is interior, what is unseen, and the One who waits for in love and total attention for me.