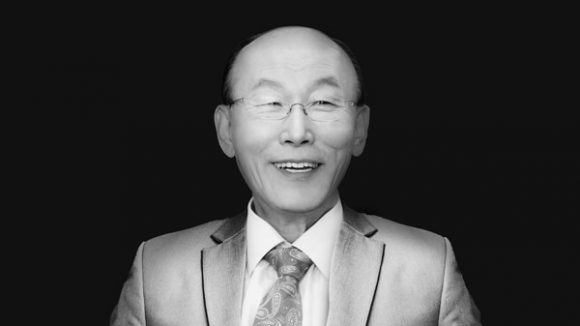 “Another one?”, I said to myself. So many notable servants of God have gone home to glory these past five years. I heard news that David Yonggi Cho, the Korean founding pastor of the 800,000 members Yoido Full Gospel Church, largest megachurch in the world, and founder of Church Growth International, had died at age 85.

Did you know that before K-Drama, and K-Music hit Singapore, we here hit by K-Church? I had fond memories of pastor Yonggi Cho, when he visited and preached in Singapore several times in the 1980s. If I recall correctly, the Assemblies of God brought him in to conduct a church growth conference at the Hilton Hotel. I remember attending that conference. A Korean preacher who spoke in English with an interesting accent. He preached with passion, intensity and inspiration. His messages were simple to outline and understand, peppered with inspiring personal stories from his life and pastoral ministry. He shared his victories and his failures with humility and honesty. I remember being charged up and inspired by his preaching and attended his meetings enthusiastically whenever he preached or taught in Singapore. On a few occasions he took evangelistic meetings too, one in NTUC Conference Hall, and even in the former National Stadium. You could always expect him to inspire you with faith and hope.

Some of his key messages were on the importance of fasting and prayer and the home cell group for church growth; the fourth dimension of faith visualisation; God’s desire for us to prosper in spirit, soul and body, and the Holy Spirit as our Senior Partner. He always spoke to people’s needs with words of faith and encouragement spiced up with positive and inspiring stories. I have also read quite a few of his books.

In these pandemic months when hybrid church is prevalent, his preaching philosophy is particularly relevant for online audiences:

Many pastors were inspired by his teachings and that has helped them to grow their churches. There is no doubt that his teachings and the example of the growth of his church have sparked the growth of many churches around the world. At the same time, it has also led to increased negative pressure on pastors because church leaders developed unrealistic expectations of rapid numerical church growth from the pastor of their churches, despite the pastors gifts being different from those of David Yonggi Cho’s. This is the downside which we do not hear about often enough. Not many pastors have the same faith, gifts and personality as him, nor do they live in the same Korean culture and economic environment as his church, but we naively believe we can do the same by simply applying the principles of church growth. With time and lack of success, many became disillusioned, frustrated and discouraged.

Sadly, in the later years of his life, his legacy was tarnished by a financial scandal. Christianity Today summarized it this way: “In his retirement, Cho faced his most serious scandal. He was found guilty of embezzling funds from the church and was given a three-year suspended sentence. He had directed leadership of the church to buy unlisted stocks owned by his eldest son. The value was inflated, and the church reported lost about 13 billion won, the equivalent of about US$12 million. He was also found guilty of evading taxes in the stock deal. Cho told his church that the conviction was the hardest day in his life of ministry. But he also said his conscience was clear before God, and the church allowed him to continue in part-time ministry. His supporters said Cho was really guilty of being too naive about his wayward son and argued Cho has not personally benefitted from the stock scam or his many years in ministry. He continued to preach at the church on occasion until his health deteriorated in 2020.” The dangers of being influential and powerful are evident in many stories of famous godly men, and it underlines for all servants of God the need to grow in awareness, wholeness and holiness in our interior lives and to take up the full armour of God to stand against the wiles of the devil.

Nevertheless I thank you!

I was very privileged and blessed to have seen and heard him preach in Singapore and to inspire the younger me with hope. In those days, his books have blessed me with their simplicity and power. His prayer life and partnership with the Holy Spirit were exemplary and encouraging. Thank you, Rev. Dr David Yonggi Cho.