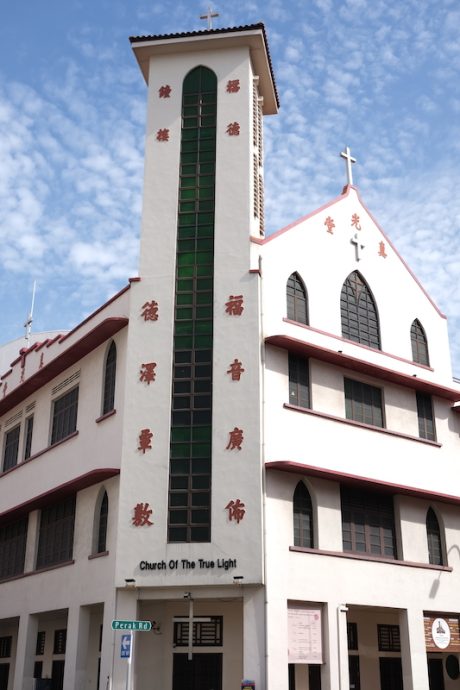 My association with Church of True Light went back about twenty-five years. I first got to know them through a church camp before I guest preached in their worship services. If I remember correctly I took two other camps with them, one in the Cameron Highlands, and another in Johor. The uniqueness of their camps is that both Mandarin and English congregations used the same hotel during the camp but had different guest preachers. During mealtimes and special recreation events they were together for bonding time. It was admirable that they made efforts to be together, and that meant the English congregation had to be sensitive to the affordability of the locations as many in the Mandarin congregation were senior citizens.

With this long, pleasant association, I have a familiarity with some of the members of the church. It was good to see that many of them were still actively serving the Lord after so many years. One of them, Matthew, even became a full-time pastor in the church recently. Others led the service, or led ministries and are involved in different ministry functions. Faithfulness is hard to come by these days but you can find it in this church.

From Vincent to Aaron

My friend Revd Vincent Hoon, retired from this church and is now serving as an auxiliary priest in St John’s- St Margaret’s, his home church. I was pleasantly surprised that the priest, Revd Aaron Cheng, who took over the English Congregation, invited me to preach at the 4.30pm Saturday service comprising mostly young people (and adults who prefer Saturday worship), and the 9am Sunday morning worship of the English congregation.

The priest was the youth pastor doing part time studies in Trinity Theological College. Groomed by Vincent, he was ordained during the pandemic and began his priesthood in an unforgettable time. In the future when people ask him, “When were you ordained?” “Oh, during the pandemic.” They would nod their heads. He is a positive, cheerful and energetic minister who connects well with his youth and the adults in the church. It warmed my heart to get an email from him and of course I was most willing to renew ties and minister there again. After all, I have had a year of rest and was more than ready to do what I love.

When the time came I was all ready to preach, having written out my script for the mostly young people Saturday worship. I went ahead with my well researched sermon but my experience was that I could not connect with them and drove home perturbed about it. After a nap, I went to the Lord and waited on Him, to help me understand, to see if there was any adjustment needed for the Sunday preaching assignment. I felt led to use the end-point at the introduction, and emphasize two other points, with a heavier emphasis on application and response. During prayer, I intuitively saw myself leaving the pulpit and walking closer to the audience and giving an altar call to pray in the front. On Sunday, before the service, I got permission for the altar call with the priest. Thankfully, it was the first Sunday after the government loosen the regulations for religious meetings. Altar calls to pray in the front is permissible.

In both services I talked about the 1970’s revival and how the move of God renewed the Anglican church and the valley of dry bones became an exceedingly great army of lay volunteers. I challenged them to pray for a fresh move of God. We need to forget the former things, and expect a new move, a new expression of God’s grace and power in the church. I was encouraged to see people come forward to spend five minutes praying in the front at the kneelers and on the carpeted floor. By God’s grace, I felt the message resonated with many of them. It was such a joy and privilege.

The bonus joy was meeting Jude, formerly my church member and a missionary in training with YWAM. He had later gone on staff with St Peter’s Anglican church, and then with Covenant EFC’s social arm, and finally landed in Church of True Light with his wife! They tell me that the new Vicar Barry Leong has begun to implement a plan of succession – recruiting young people and calling them out to serve on staff.  There were two other new recruits on staff: a P.K. who takes charge of the young people ministry, and Joey (a YWAM missionary in Thailand back because of the pandemic) who ministers to the children.

After the service, Aaron, Jude and I had teh tarik and roti prata at an Indian eatery directly opposite the church entrance. We talked shop for about an hour. Interestingly, one of their leaders later passed by and told us he had already paid the bill for our meals – what a picture of the grace and hospitality of this lovely faith community. The Lord be with, and bless them abundantly, so that they shine like bright stars in this darkening world.