Home   »  Personal and family   »   My grandparents were from Sarawak

My grandparents were from Sarawak 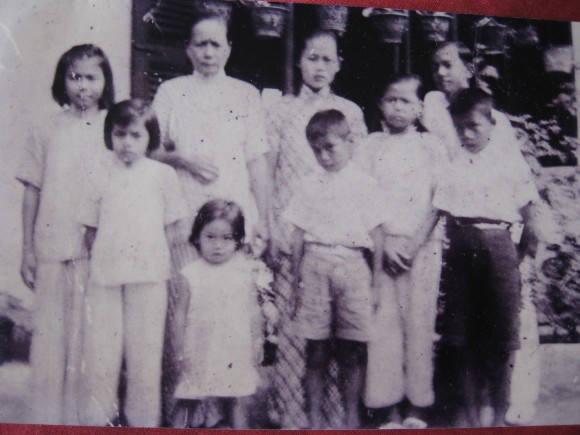 My wife and I were tidying up our drawers recently and we found some old documents like this photo above and my mum’s family tree. My mum Ada Law, is the girl on the extreme left, next to her frowning mum, my maternal grandmother, Beatrice Kho. The father John Law was probably taking the photo. The interesting thing were the two boys in the front wearing shorts. One was James and the other was Harry. Both went missing during the Japanese Occupation, presumably taken away and killed by Japanese soldiers. My mum before the onset of Alzeihmer’s disease, harboured bitter memories about their deaths.

I also learned that my maternal grandparents and great-grandparents were from Kuching and there are relatives I do not know who still live there. They were all Sarawakians.

Among my aunties was one who married a Malacca man, an Ahmad Derus, who had ten children and twenty-nine grand-children. The aunty, Mable Law, married him, and had one son, Johan, before she passed away. The rest were born to the second wife, a Connie Jacobs. We still have contacts with Johan who married a Japanese woman, lives in Malacca, and owns and runs a Hotel Johan there.

Knowing this also made me think: I must try to visit Sarawak one day. Even if I cannot meet my relatives, I am sure there is a mountain to trek there. 🙂

(This blogpost was first published on August 17th, 2006 and I want to make available this information for myself and posterity by republishing it.)