Home   »  Spirituality   »   It takes a community to make a disciple

It takes a community to make a disciple 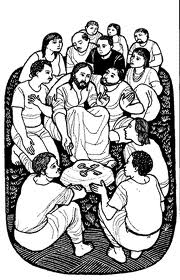 A burden of expectation lurks somewhere at the back of the minds of many Christians. It insinuates that they have neglected a key responsibility. This idea that a believer who is a good disciple will make other disciples who makes other disciples is one that has been embraced by many. The solo Christian is to take a new convert, teach him the basics of Christian living and help him grow mature in Christ, and for him while growing, to make another disciple. By and large, he is on his own in this difficult task, and by and large, he usually fails in multiplication. It is wearisome for anyone to carry the memory of such a discouraging, erosive experience.

Perhaps too much have been made of solo discipling. The Scripture may have been made to say more than what it may have said. A re-examination and a re-interpretation of the same texts may reveal an additional perspective that shouts for greater emphasis and weight to redress a Western driven bias towards individual responsibility and action. There is in Scripture a community aspect of disciple making that we have failed to give sufficient weight to. We missed it because our lens are too Western.

It takes a community

An Eastern, and more balanced perspective is this: it takes a whole community to make a disciple. Just as it takes a whole village to raise a child it takes a church to make a disciple. The Gospels  seem to show that Jesus made disciples solo, and discipling actions emanated from him and the disciples’ learning was centered around Jesus. The rabbi of Jesus’ time would have followers and learners whose lives revolved around learning and imitating their leader, despite his imperfections. Jesus however was God incarnate, perfect and sinless, and filled with the Spirit without measure. The Twelve had a perfect model.

Discipling by the Spirit

With the ascension of Jesus and the pouring out of the Holy Spirit a new way of discipling has been opened up. Jesus was no longer around. He said, It is to your advantage that I go away. Now I am limited by my physical body. When I am gone the Spirit will come on you and where a community is gathered in my name, there I am in their midst; there is the body of Christ. In effect, the discipling that was centered around Jesus when he was physically present, has now shifted to the community, the body indwelt by Christ. Now it is the Christian community, together reflecting the fruit of the Spirit, and releasing the gifts of the Spirit, that makes a disciple. Discipling is still “centered around Jesus”, but Jesus is now present to us as a body, a community of believers not a solo disciple. This insight was developed most thoroughly and clearly in a book titled “Making Disciples” by Sylvia Collinson. Obviously no one person have all the strengths of character and gifts we see in Jesus. It takes the Spirit working through a whole community to get anywhere close to that. It takes a community to make a disciple!

Let me give an example of what it means for a community to make a disciple. I became a Christian in a revival that began in Dunearn Tech Sec School. It happened around the same time as the ACS clock-tower revival but it developed differently: it became a church. It was a  revival of tears, love and joy: one where the deep moving of the Spirit resulted in hundreds turning to Christ and being baptized, filled with the Spirit and having their lives transformed. I was one of them. As I reflected on my experience, I noticed I did not have a solo Christian who discipled me. There were key encouragers who told stories, shared experiences and life. There were the values of the revival community: intense prayer, enthusiastic evangelism and missions, love for the Word, desire for spiritual gifts, great love for one another, that I saw lived out in the lives, activities and ministry of the people of the revival. It was a community and its values that discipled me, a socialization for citizenship in the kingdom. I learned behaviors, values and beliefs just by being deeply enmeshed in the social interaction, and involved in the community’s life and activites. The Spirit that indwells the community was implementing His curriculum in His time and in His way.