Divisions in the body 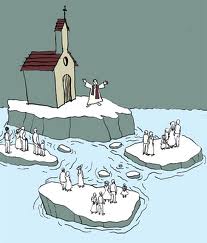 Misplaced allegiance was a cause of divisions in the time of Paul and still is today. In the Corinthian church there were such divisions that Paul had to tick off the factions that competed with each other. “What I mean is that each one of you says, “I follow Paul,” or “I follow Apollos,” or “I follow Cephas,” or “I follow Christ.” Is Christ divided? Was Paul crucified for you? Or were you baptized in the name of Paul? (1 Cor 1:12,13).

As a result there was quarrelling and competition among the factions and like any father that would ache over his quarrelling children, so our Father’s heart aches over factions in the body. Misplaced allegiance shows symptoms such as the following:

-you distinguish and identify yourself from others by the name of a human leader.

-you compare those of your group with other groups and regard your group better.

-you regard the human leader’s teachings (rather than the overall teachings of scriptures) as the benchmark against which you evaluate other teachings.

-you depend and put your trust in the human leader more than in Christ.

The solution is that in every church we give Christ the pre-eminence and centrality in our allegiance, our mission and our message. Filled with gratitude for the grace we have experienced, we give Him our heart’s full loyalty. We focus on the mission of preaching the gospel and keep our message focused on Christ and Him crucified (1 Cor 1,2).